Vatican Releases New Image Of Letter From Paul to Corinth 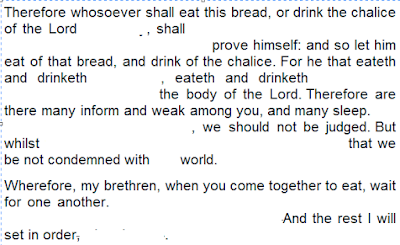 The Vatican just released a new image of a letter from Paul to some guys in Corinth.

In unrelated news: VATICAN CITY –  The Vatican has admitted that it altered a photo sent to the media of a letter from retired Pope Benedict XVI about Pope Francis’ theological background. The manipulation changed the meaning of the image.