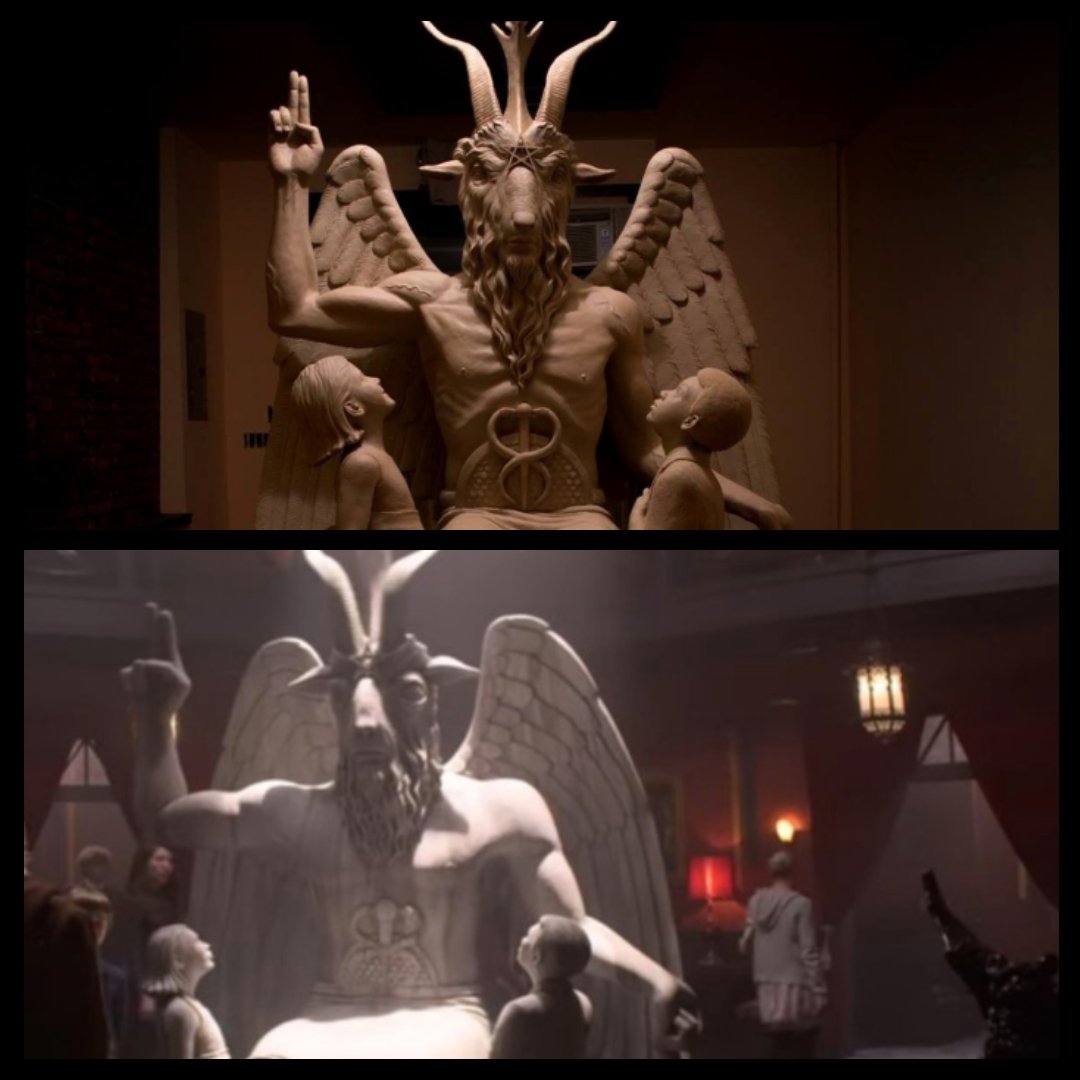 Hmmm. Satanists vs. Hollywood. I honestly don’t know who to root for?

Chilling Adventures of Sabrina debuted on Netflix just in time to spook fans before Halloween, but the co-founder of The Satanic Temple isn’t happy with one of the series’ treats.

In the streaming series, Sabrina Spellman attends The Academy of Unseen Arts. At the school, and shown several times throughout the series, is a statue of goat deity Baphomet.

TST co-founder Lucien Greaves took to Twitter over the weekend to tell his followers the temple is taking legal action against the series “for appropriating our copyrighted monument design to promote their asinine Satanic Panic fiction.” He also shared an image of the two statues next to one another, which is posted below.

Stuart de Haan, legal adviser for TST, sent The Hollywood Reporter the text of a demand letter he says he sent to Netflix and Warner Bros. Entertainment. (Neither company has responded to a request for comment or confirmed receipt of the letter.)

“By way of background, my client is struggling to overcome centuries of stigma surrounding their religious symbolism,” writes de Haan. “My client has expended considerable efforts in the design and creation of their particular expression of Baphomet, the goat-headed deity represented by this monument. This statue is an original work and, until now, has been associated exclusively with The Satanic Temple all around the world. This has deep religious significance to my client’s organization.”

Oh poor Satanists don’t like being stigmatized. I would argue that Satanists have been treated a helluva lot better on television and movies than Christians.

So, like I said, in a battle between Satanists vs. Hollywood, you know who will eventually win? The lawyers.