Nothing Prepares You for Teens 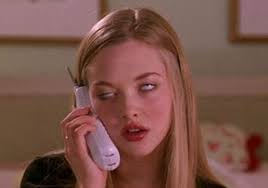 With babies, you’ve got nine months to wait, excitedly prepare and read books about how to get your child enrolled in a quality pre-k and give birth (in that order of importance.) But teenagers just surprise you one day by showing up unannounced, like a sneak attack. One night you kiss your little one goodnight and a few hours later a teenager with earbuds comes down the stairs rolling their eyes.
I’ve had five babies (well, technically my wife had them -a point she mentions frequently.) But I feel like I’m pretty good at handling all manner of baby and toddler problems. With children, there’s very few things that can’t be fixed with Band-Aids, hugs, and ice cream (not necessarily in that order.) Simple, right?

But this teenager thing is complicated, I’ll admit. For those of you with only little ones, I’m like the scout who runs breathlessly back to camp to warn that we should all turn around right now. And fast. I’m warning you of some major differences in parenting little ones and teenagers.

For toddlers, going to bed is a punishment. For teenagers, it’s their favorite destination.

Babies keep you up all night. Teenagers make you stay up all night with worry. It’s quieter but a lot noisier in your head.
Babies need to be changed. Teenagers change everything about themselves. All the time.

Little ones always beg to “go outside” while teenagers want to “go out.” (Big difference.)

Toddlers don’t listen to you. Teenagers just can’t hear you because their earbuds have been surgically fused to their cochlear nerve.

All children are full of questions, teenagers, however, have all the answers.

And one big change I’ve noticed is that when my daughters were little, they thought boys were icky. Now that they’re teenagers I completely agree.

But I’m not some doom and gloom prophet of parenting here. I come offering hope and assistance. There’s one magic word that I’ve found particularly useful in parenting all manner of children. It makes the complicated simple. I warn you, it’s a word not many parents utter anymore. The secret magical word is “No.” What’s that? You haven’t heard of it?

From what I can gather, this is a very unpopular word both in my house and society in general. In fact, some consider it akin to child abuse nowadays. I’ve read articles written by “parenting experts” with headlines like “How to say ‘No’ While Saying ‘Yes.” And we wonder why children are so confused.

Another expert unironically stated, “You should never ever be negative with your child.” Never. Ever. Be Negative.
My rule of thumb is that if a “parenting expert” has more PhD’s than children, they probably aren’t worth paying attention to. But all these parenting experts don’t stop me from using the word “no” frequently.

I tell my children all the time that I hope when they’re older they can say my Dad loved me so much that even when I didn’t like him he still said “no.”

Here’s the thing. Your child isn’t supposed to always think you’re great. You can’t try to be the “cool dad.” I don’t know where that started but let’s end it here. There’s nothing in all of existence quite as uncool as the cool dad.

Recently, a Dad said to me that he thought it was harder to be a Dad nowadays because we’re expected to be our child’s playmate, mother, father, friend, coach, and cheerleader. When I was a kid, my Dad came home and sat on the couch. Mom was the school principal but Dad was the Dean of discipline. He didn’t get involved until things went wrong. And then things got right. In a hurry.

The thing is, my Dad hardly ever laid a hand on me. But I kinda’ always had the feeling that he kinda’ really wanted to.
My Dad wasn’t my playmate, he was the referee. And you know what referees do, they say something is right and something is wrong. That’s why referees wear black and white. Because it’s either right. Or wrong. No gray. We don’t want referees who will wax on and on about what “out of bounds” actually means. No. They make the call and move on. No video replay. No gathering around the monitor.

In fact, if you ask me, being the referee is harder than playing. That’s why you “play” the game while the ref “works” it. When you take your kid to play a sport, the stands are full of family and friends and the benches are full of coaches and assistant coaches and assistant to the assistance coaches. But there’s only one guy who’s paid to be there. The ref. That’s because it’s work. And work means hard.

Yeah, I think it’s actually harder to be the uncool Dad. The Dad who says something is right and something is wrong. And stands by it. Sure, I play with my kids all the time. But I’m still Dad. I make the call.

It used to be as easy as “don’t put that in your mouth” and now it’s “you’re not going over that friend’s house anymore.” Things get more complicated. But I’ve found that I become less complicated the more complicated life becomes. My job is simple. I’m an uncool Dad. That’s what makes me so cool. (I told you it was complicated.)