We’re Not Looking for ACB to Save Us 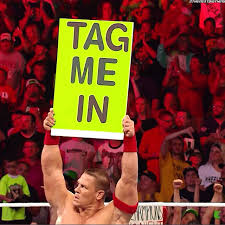 Many conservatives are thrilled at the nomination of Amy Coney Barrett. But not for the reasons  the media thinks.

When the left cheers on a high court nominee it’s because they know this person will be empowered to make the changes the left wants such as abortion, gay marriage, and narrowing the meaning of religious liberty. Those judges will then have the power to make their whims law. Democrats want their justices to end political battles with mandates. Because political battles can be lost. Mandates are protected by stare decisis.
Conservatives are thrilled because Amy Coney Barrett may simply allow them back in the fight. Conservatives just want to be allowed to engage in political battles.
Gay marriage was an issue the people were voting on. State after state voted to support traditional marriage. So the US Supreme Court stepped in. Political debate is over. They ruled that it’s a right. And you can’t vote away someone else’s right (unless they’re Christians).
Case in point. Roe v. Wade ended debate. It took the issue out of the hands of politicians and the people. If the US Supreme Court overturns it, it doesn’t make abortion illegal. It makes it so that the issue is once again allowed to be debated and moderated by each state.
So we’re not looking for ACB to come in and impose her will, we’re just hoping that the high court in this land once again respects the people enough to decide issues on our own.