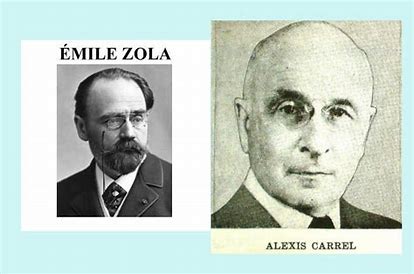 I feel no need to deconstruct things or examine the gears of the world. I’m not a science guy. I’m a man very comfortable with miracles. My kids in science class ask me why the magnet sticks to the refrigerator I simply say  “God.” Why is the sky blue? God.

It’s  true. Sure it may leave some details out but I have no doubt that it’s true.

Some say the word “miracle” is overused. Not me. I don’t think it’s used enough. Not nearly.

To me, sunrises and gravity are hardly surprising but miraculous nonetheless. By naming things, we too often believe we own it. It is ours now. Not God’s anymore. We’ve labeled gravity a law. We’ve named radio waves. We too casually classify God’s handiwork as science. But there are miracles all around us. The choice  is ours as to whether we  see them or not.

I know how children are made but that doesn’t make them less miraculous. Acceptance of miracles is a willingness to look past the thing-ness of everything and see God.

One of God’s great gifts to us is reason. But sometimes we use our reason to block God’s grace. We refuse to see  God’s work.

The most important question, I believe, is whether we’re willing to acknowledge the miracles around us.

Today is the  Feast Day for Our Lady of Lourdes. Here are two wild reactions to the miracles at Lourdes by two famous people: Novelist Emile Zola, who was nominated  for the  Nobel Prize for Literature in 1901 and 1902, and Scientist Alexis Carrel, who won  the Nobel Prize for Science  in 1912.

Carrel was an avowed atheist whose work in vascular surgery landed him on the cover of Time Magazine. He  was the toast of the town.  But Carrel had a secret. He’d witnessed a miracle in Lourdes on May 28, 1902 when he met Marie Bailly, a young woman dying of tuberculosis on her way to Lourdes. Carrel diagnosed the woman himself. But upon having the waters from Lourdes poured on her abdomen Bailly was cured.

Bailly joined the Sisters of Charity and spent her life caring for the sick. But Carrel’s atheistic naturalistic  mindset refused to accept the possibility of a miracle. He was a eugenics theorist with no use for God. In 1935, Carrel even published a best-selling book advocating enforced eugenics that even complimented The Third Reich.

But Carrel couldn’t quite shake what he saw and returned to Lourdes again and again. On another trip to Lourdes Carrel saw an 18 month old child regain his sight.

Finally, after years of running from the miraculous, Carrel finally received the sacraments of the Church and died shortly after. He even wrote a book about his experience at Lourdes  which was published posthumously. The man  ran  from  grace his entire life but shortly before his death, he accepted it and became a  Catholic.

The French novelist Emile Zola, on the other hand, met a sickly woman at Lourdes who was cured. Zola, however, refused to believe what he’d seen. He chalked it up to psychosomatic illnesses. But it weighed  on his mind. He even wrote about a novel about his experience in Lourdes but in the book the character that the woman who was healed was based on died. Asked why he killed the character in his book even though he knew the woman yet lived, he said, “I don’t believe in miracles. Even if all the sick in Lourdes were cured in one moment I would not believe in them.”

We either see them or we don’t. Miracles are always there however. Miracles surround us. You don’t even have to look very hard. Reason  should not block faith but  exist along with it. God wants to be recognized by us. The rest is up to us.