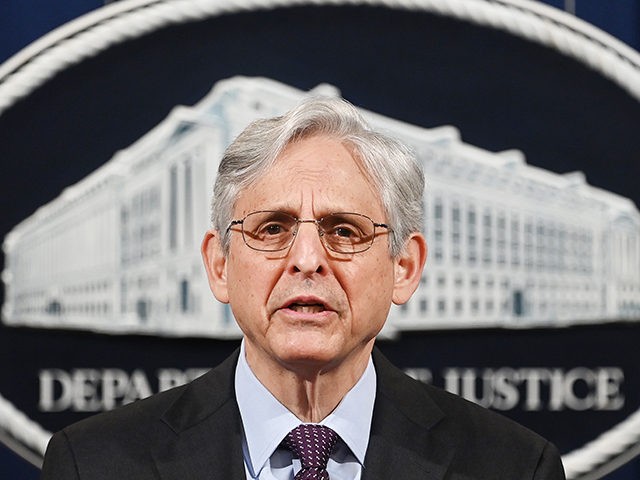 Someone’s got a bad case of robe envy. Merrick Garland was nominated to the high court but Republicans sat on his nomination in the wind up to the election. Seems like that was a very good move considering this guy doesn’t seem to value the Constitution or the law at all.

Whoever, with the intent of interfering with, obstructing, or impeding the administration of justice, or with the intent of influencing any judge, juror, witness, or court officer, in the discharge of his duty, pickets or parades in or near a building housing a court of the United States, or in or near a building or residence occupied or used by such judge, juror, witness, or court officer, or with such intent uses any sound-truck or similar device or resorts to any other demonstration in or near any such building or residence, shall be fined under this title or imprisoned not more than one year, or both.

The law is strikingly clear. It is a crime to protest “in or near a building or residence occupied or used by such judge” with “the intent of influencing any judge.”

And yet, even though this is the law, hundreds of pro-abortion loons are flagrantly violating this law by doing exactly that: protesting outside the residences of six justices in the hopes of persuading them to rule a certain way.

Now, it is a perfectly valid position to oppose this law, to see it as a violation of the First Amendment, to believe it is unconstitutional. As long as the protests are peaceful, why should We the People be restricted in our protests? It’s also possible that the ban on protesting near courthouses is unconstitutional, but that the ban on protesting near someone’s house in a residential neighborhood is constitutional. The Supreme Court has upheld many restrictions on the time, place, or manner of speech.

What’s more, what is wrong with trying to influence a judge’s ruling?

But that’s not the point here…

The point is that the law is the law is the law, and it is Attorney General Merrick Garland’s sworn duty to uphold federal law, and he is not doing that. Why? Well, does anyone doubt that Garland and the lawless White House that appointed him would like nothing more than to see the endless and demonic slaughter of innocent, unborn children continue?

Garland is pro-abortion. That’s why he’s not enforcing the law. This has nothing to do with principle. If it were pro-life protesters out there, you can bet Garland would have already rounded them up and thrown away the key.

Could you imagine if pro-lifers did this? It would be January 6th all over again.

HE is playing with the lives of conservative justices. But maybe they’re ok with that. Maybe they just see that as another seat to be filled by a liberal justice.

Murdering a judge may be a feature, not a bug.