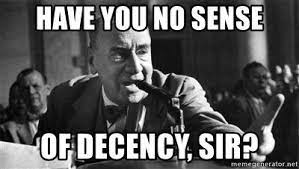 No road too low to attack Donald Trump, even if it’s a joke about the death of his ex-wife.

The Daily Beast reports that Trevor Noah was talking about the recent death of the former president’s first wife, Ivana Trump.

“Well, it turns out The Donald may have managed to turn even that into a scam,” Noah said, explaining that Don Jr., Eric and Ivanka’s mother’s burial at Trump’s New Jersey golf club may have been an elaborate way for the business to avoid paying taxes on the land.

The host said that this just feels like a “step too far” for Trump and that he “wouldn’t even laugh at” the idea if it was a bad joke premise.

“If somebody said to me, ‘Donald Trump’s ex-wife died, he’s probably going to bury her on his golf course to save on taxes,’ I’d be like, ‘That’s not cool, man,’” he added. “But it turns out, Trump was like, ‘Say more… I’m going to send this to my accountant.’”

Later in the segment, correspondent Desi Lydic managed to work an even better joke about the scandal into an unrelated bit. “God, I feel for all of Trump’s wives,” she said. “Even in the afterlife, they still have to deal with his balls coming at them.”

What is wrong with these people? Have they no shame at all?

Those on the other side of the political aisle aren’t human so they can say or do anything to them and it doesn’t reflect badly on them because they’re dealing with sub-humans. So it’s all ok, I guess.