That Was More Than Disappointing. 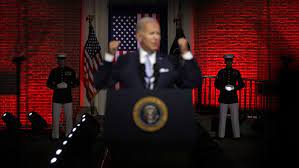 Pennsylvania just elected a very progressive governor and a brain damaged leftist. This impacts me greatly and will make my future considerations more difficult.

Kari Lake is losing. Herschel Walker’s race is too close to call.

We know what that means. It means Democrats in urban strongholds will “find” enough votes to win.

What does it say for the country that when a party has revealed itself to be fasicst thugs intent on robbing certain citizens of their free speech and indoctrinating children with weird sexual fetishes wins?

I can tell you that turnout in the city of Philadelphia was oddly high. The Philadelphia Inquirer reported “whatever their motivations, in spite of snafus and frustrations at some polling places, voters on Tuesday evidently came out in impressive numbers for the midterm election, with a turnout that could rival the anomalously large one of 2018.”

As is stands now, millions and millions of people voted for this:

The gloves are off. The Deep State has declared war on pro-lifers and conservatives. We are being rounded up and demonized. The outcome of this election will only embolden them. Joe Biden told you what he had in store for you in the plainest speech he could possibly make.

When Democrats didn’t get swept out of office after that, we no longer live in a country of rights but one of factions.

This midterm was a last desperate attempt to save this country. We failed. Something worse is coming. Pray. That is the only thing that can save us now.