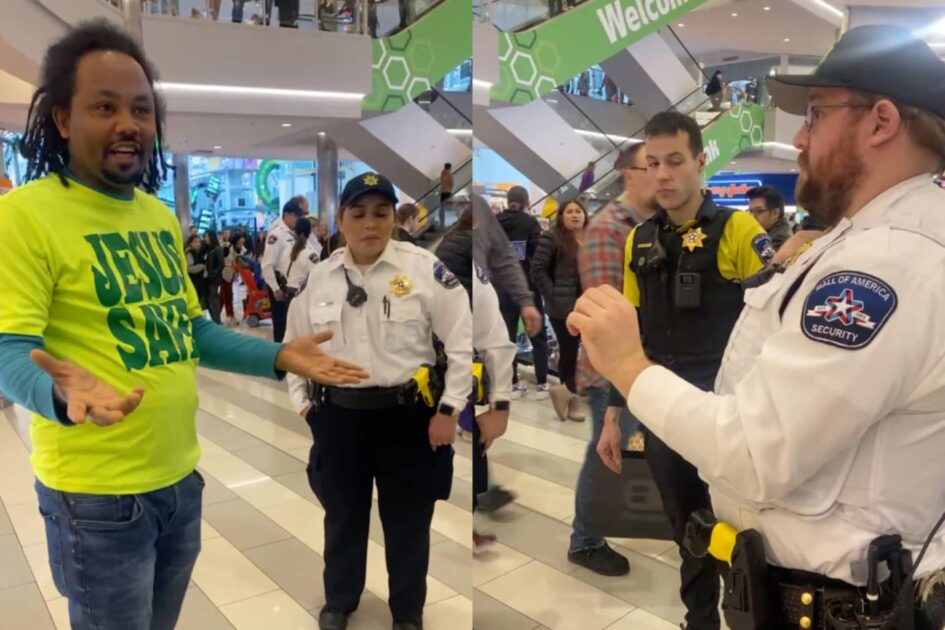 To be clear, the t-shirt merely said Jesus is the only way and Jesus saves. That’s it.

How did we get to a “Jesus Saves” t-shirt is offensive and must be removed.

Some may point out that this man had been kicked out of the mall in the past for preaching but that’s not the case here. The security guard clearly tells him if he just removes the shirt he can shop freely. It’s about the shirt.

No word yet on whether this is policy at the Mall of America or it’s just a wacko security guard. The guard did say that they’d received complaints that the shirt was offensive. This is the soup we’re marinating in. If it’s offensive, have it removed!!!

I automatically assumed this was overseas, but it’s right here in America. pic.twitter.com/Q79eUCG7xh