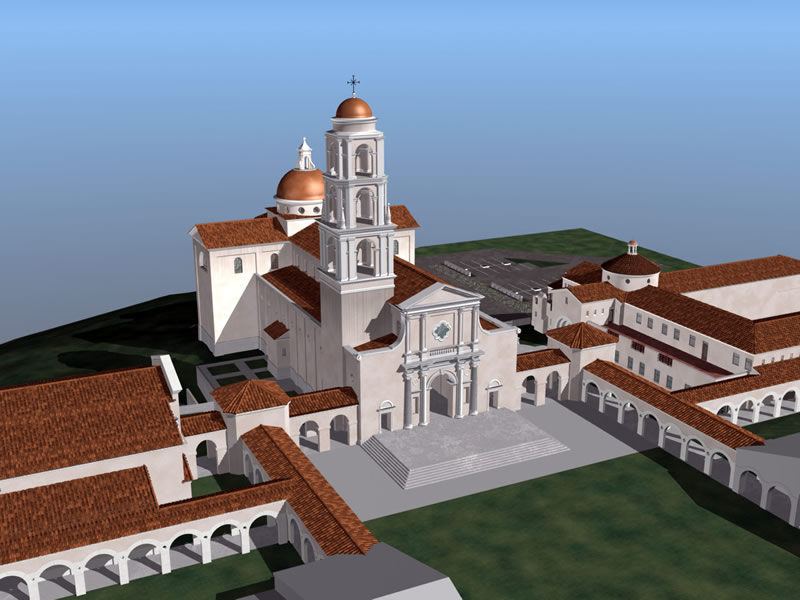 One of the earliest and most persistent voices in the current revival of classical architecture for Catholic liturgical use has been architect Duncan Stroik. A professor at the University of Notre Dame’s School of Architecture (the first classical architecture curriculum in the world since the 1940s), Stroik has been tirelessly writing, teaching and designing for decades despite being still a young man. His firm has recently been responsible for some large scale designs including the new chapel at Thomas Aquinas College in California, shown here, and the Shrine of Our Lady of Guadalupe in La Crosse, Wisconsin. The Thomas Aquinas chapel will feature real marble columns and a full baldachino based on Baroque sources. Stroik is perhaps the busiest classical church architect in the world right now, though there are others working in the field who will be profiled in future entries on Creative Minority Report.
Stroik is also the founder and editor of the journal Sacred Architecture, which promotes the classical tradition in Catholic sacred art and architecture (and which features several articles by yours truly). At only $9.95 a year, it’s worth a subscription for yourself or a friend. A selection of Stroik’s articles are also available on line at no charge.
The revival of Catholic liturgical art has arrived. If you haven’t seen it in your diocese yet, be sure to help your pastor or diocesan officials know that there is now ample opportunity to move forward by engaging the great tradition of the Church in harmony with the Second Vatican Council. It is now widely understood by those on the cutting edge of liturgical renewal that a reformed liturgy need not happen in a sterile white box.