A New Low for Yale University 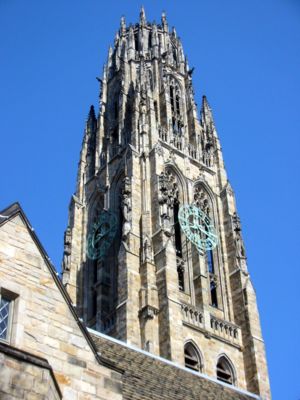 As a Yale alum, I have been repeatedly disgusted and disappointed in many of the decisions the university has made since I graduated in 1991. I routinely throw the requests for donations into the trash without even opening them. At times I had thought perhaps I was too harsh on the institution that gave me so much as a student, and maybe I should soften a bit. But the coffin is now nailed shut so tightly there is no going back.
Yale has approved a senior “art” project in which a student artificially inseminated herself from several donors, intentionally induced abortions, and is using the blood and aborted fetuses in her exhibit.
She will be using “layers of the sheeting [with] the blood from [her] self-induced miscarriages mixed with Vaseline in order to prevent the blood from drying and to extend the blood throughout the plastic sheeting,” according to the Yale Daily News. “Her exhibition will feature video recordings of these forced miscarriages as well as preserved collections of the blood from the process.”

This moral and physical travesty can only mean that Yale is irretrievably lost. Human life has become a mere commodity for a student to have 15 minutes of fame.