A Tale of Two Chapels 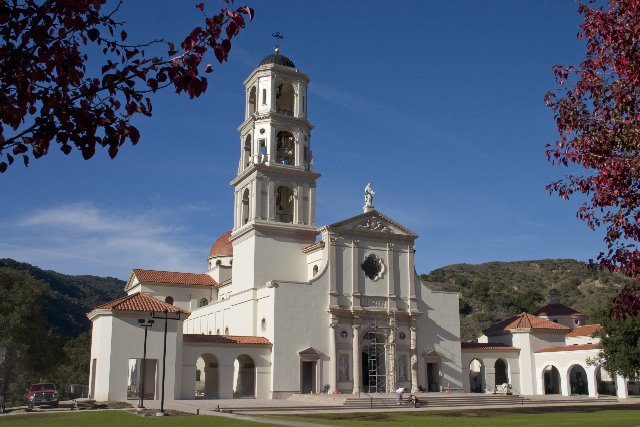 There’s been some interest on CMR this week regarding the two new collegiate chapels being built in the United States right now. They provide the kind of comparison which is very instructive. One remains quite close to the inherited classical tradition, another one departs from it. One uses the proper grammar, rules and syntax of classical architecture but doesn’t give a lot of “whiz bang” in the Hollywood sense of “the new.” The other makes up its own rules, and in doing so suffers. One has an exterior facade composed of the traditional units of architecture: columns, entablatures, pediments, texture and image. The other is a flat stone signboard with a hole in it. On the interior, one uses traditional vaulting, marble and recognizable conventions. The other uses an idiosyncratic version of Frank Lloyd Wright disciple Fay Jones’ Thorncrown Chapel in floating steel beams which emerge on the outside like caterpillar legs. One quietly shows an understanding of how traditional architecture has always been done while making something new in a new time and new place. The other takes an idiosyncratic view of architecture as a personal expression of stylistic preferences and hires an architect to make it stand up. One uses an architect who is a leader and pioneer in the revival of traditional Catholic architecture and a scholar and teacher. The other uses a local architect without such training. One adds a beautiful voice to the great symphony of the Tradition. The other adds an off-key dissonance to the same symphony. Both mean well. Only one succeeds.

This critique is decidedly not about resistance to that which is new. It is about resistance to that which is incompetent. (I recall the title of one of the Dilbert books which the cartoonist titled after getting too much criticism for always making fun of the boss: “I’m Not Anti-Management, I’m Anti-Idiot”). There is always room for the new because the Holy Spirit keeps unfolding the revelation of Truth in Christ. However, new does not always equal good.

One of my heroes is the architect Edward Schulte. He was based in Cincinnati and was trained in the early part of the 20th century. He practiced into the 1960s, and is perhaps best known for his Cathedral in La Crosse, Wisconsin (photos below). He did something extraordinary: he took traditional church architecture as far as he could into the dialogue with Modernism yet never lost the tradition. This is an interesting and noble exercise, and what Ave Maria should have done. But it takes a master architect of the highest order to do that well. It did not happen at Ave Maria. The Thomas Aquinas College chapel didn’t really try to dialogue with Modernism, and there are good arguments to support that position. But what it did do was design a beautiful building on proper principles and give it the utmost care and sophistication. Sadly, Ave Maria’s chapel didn’t do that either. Mind you, I have nothing against Ave Maria University. It’s a great idea. It’s just a great shame that it didn’t do better with its architecture. What could have been a beacon is now ridiculous and a missed opportunity which lends fuel to the fire of its enemies.