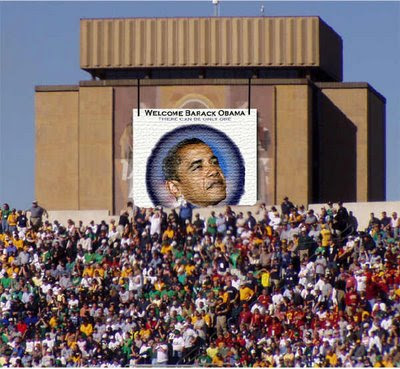 As has been well documented, the University of Notre Dame has invited the most pro-abortion president ever to be honored with a law degree and giving the commencement address. Many people have complained that by bestowing this honor on the President, they are betraying their Catholic identity, betraying Jesus. “Nonsense,” says University President Fr. Jenkins.

Just the other day, President Obama spoke at Georgetown University on the subject of economics. Before he would speak, Obama ordered that any and all religious symbols be removed from behind his pulpit. Georgetown, ostensibly with its own ‘Catholic Identity’, willingly complied with the policy even going so far as to cover up the name of Jesus.

CMR has now obtained an EXCLUSIVE photo of how Fr. Jenkins plans to comply with the “No Jesus” policy of the Obama administration. 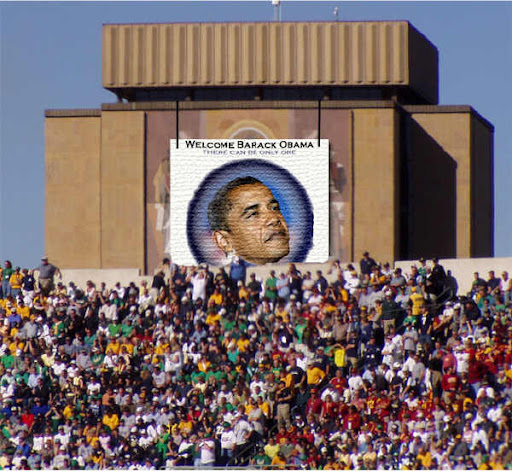