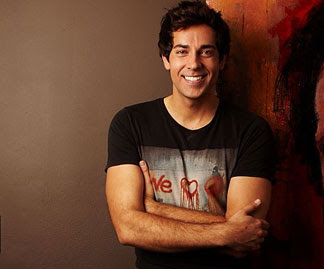 I’ve always enjoyed the show “Chuck” and liked its star Zac Levi. I was pleased to read this interview in Relevant Magazine that made it clear that Levi’s Christian faith plays a major role in his life.

He sounds like he’s got his head on straight.

Faith is something that comes up often when you talk with Levi. “I’ve always had a really strong measure of faith,” he says. “Even when I was a little kid. I never was torn other than the normal day-to-day where you wonder and have doubts—but it always comes around.”

Levi admits to experiencing his share of the typical teenage rebellion—a time in his life when he was searching for a good time and not much else.

“I did my share of growing up, and high school is a turbulent time,” Levi recalls. “I certainly learned about girls, substances, friends and responsibilities. God protected me a lot and also let me fall on my face a lot. One big blessing of it all was purging a lot of that out of my system before I got into Hollywood. Not that I don’t go out with friends and have a good time, but I saw the emptiness and hollowness that it brings in high school, so it wasn’t such a temptation.”

It wasn’t until after high school that Levi says he really started to understand what he believed and what it meant to live the faith that came so easily to him.

“Embracing Christ fully was a choice I made later in life, when I was 18 and out of high school,” he says. “I had questions and on my own volition started going to church and learning on my own, and then it kind of went from there.”

Of course, having faith in Hollywood is an altogether different story—it’s certainly not a place that makes it easy.

“Not that I haven’t had fun, but I’m blessed with solid people here in L.A. who would rather stay home. We’re all getting to an age around 30 or more, and the club life is so fleeting, trite … and pretty fun, but if that’s your main course you won’t be satisfied.”

The interview goes on from there and discusses his faith extensively. Check it out here.