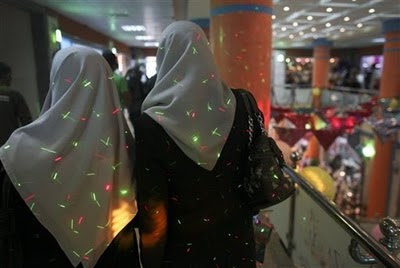 You know that terrible Israeli blockade of Gaza?

You know that blockade that forces die-hard terrorists – leftists – peace activists to man ships to try and run through with much needed supplies?

You know the blockade that is starving and depriving the people of Gaza becuase even the most basic supplies cannot get through?

Life can be very difficult in Gaza.

So what to do when things get this bad? Well why not go to the grand opening of a new luxury mall in Gaza.

Imagine what life would be like in Gaza if supplies could actually get through. That mall looks so nice its almost worth running a blockade for….