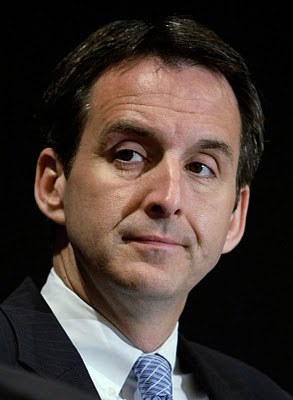 Republican Gov. Tim Pawlenty Tuesday ordered all state agencies to not to submit applications to any health care funding from the federal government related to the health care overhaul.

Any applications must be either required by law or approved by the governor’s office. …

“Obamacare is an intrusion by the federal government into personal health care matters and it’s an explosion of federal spending that does nothing to make health care more affordable,” Pawlenty said in a news release.

This is a tactic that more governors should and hopefully will use.

Some people have noted that this move is a broadside against Mitt “RomneyCare” Romney as much as it is against Obamacare. So be it. RomneyCare is a disaster and Romney should be saddled with it. No real conservative would ever do what Romney did. Can we get over it? Maybe. But this is where the debate should be.

That said, this is the right policy. Deny the Feds their leverage by not accepting the money. Governors, pay attention. Lawsuits are fine and they should be tried. But cut off the finding and you cut off Obamacare.

I have my issues with Pawlenty, but this is the right move.