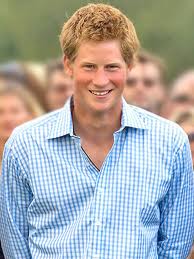 For all you ladies out their macking on Prince Harry this will be very good news. For the past 300 years those in line to be King or Queen of England were prohibited from marrying a Catholic.

They could marry Hindus, Buddhists, and Muslims. But no Catholics.

On the one hand, this kind of law is just nutty anti-Catholicism which should be done away with. But on the other hand, at least some of the reason they’re getting rid of it is that they just don’t give a darn about religion anymore. I think in some ways that’s more worrisome.

A 300-year-old ban on heirs to the British throne marrying Roman Catholics would be overturned and discrimination against royal daughters removed under reforms proposed on Wednesday by Prime Minister David Cameron.

Cameron has written to the leaders of the 15 other realms who share Queen Elizabeth as their monarch, including the Solomon Islands and the Grenadines, to request their approval, his office said.

Cameron wants to banish laws dating back to 1688 and 1700 designed to ensure a Protestant monarchy and barring anyone in line to the throne from marrying a Roman Catholic unless they relinquished their claim to the crown.