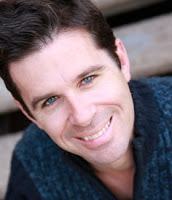 Patrick Coffin is the man. Patrick is the host of most probably the biggest Catholic radio show there is, Catholic Answers Live. Anyone who listens to the show knows that Patrick means well.

Usually when someone says another person means well you are trying to say they are too stupid for their audience. I mean exactly the opposite. Patrick Coffin is too smart for his audience. But he makes a concerted effort to speak to each and every listener at his or her level, regardless of the stupidity of the questions. I cannot begin to tell you the effort that this takes.

Patrick is witty, incisive, and bitingly sarcastic when the moment calls for it. He is amazingly well educated in the faith without a whiff of the theological arrogance that typically comes along with it. He can defend without being defensive. He can destroy arguments with the greatest of ease, while making sure the daft purveyors are left mostly unscathed.

In short, when I grow up as an apologist, Mr. Coffin is my model.

Matt and I have both appeared on the show and have found him to be witty, sarcastic, and thoroughly Christian. Basically, the Patrick you hear on the show is the Patrick in real life.

Why do I bring this up? Coffin decided that he would spend his Good Friday the ol’ fashioned way. Going to a meeting with the cowardly atheist Richard Dawkins and asking him to put up (as shut up is impossible.)

Dawkins, unlike Coffin, lacks the courage of his convictions. (Language Warning)

The video footage may be available at some point, but my main goal was to ask him a yes or no question: would he appear on a top-rated Catholic radio show before an international audience to talk about his atheistic worldview? No debate, no questions about why he refuses to debate his nemesis, Dr. William Lane Craig, no gotcha ambushes.

The crowd went silent and turned from me to Dawkins. After a beat, he began a filibuster about why he would not share the platform with a man who supports genocide (Dawkins has a favorite Bible passage that he thinks proves God is a moral monster — Saul’s commandment to wipe out the Amaleks in 1 Samuel 15), and a longish discourse on the fact that he only debates archbishops and cardinals — including his upcoming Easter Monday debate with George Cardinal Pell. He pointed to the next questioner, but I wanted to make sure his adoring supporters plainly saw that his answer to my public invitation was to refuse the challenge. I went on (I may be misremembering the actual words), “I’m neither a cardinal nor a trained philosopher; just a lowly radio host. And I’m inviting you to have a civil, respectful conversation that gets at the specifics of your atheism. You would have a large audience around the world in which to do so. Yes, or no?”

“I have answered your question sufficiently,” he huffed, to the satisfaction of the crowd. As I was walking back to my seat, someone thought it best to share with me his belief that I am an asshole. In foyer as we were leaving, two T-shirted atheists gave me the eeeevil eye. One announced, CHRISTIANS ARE ASSHOLES, the other ARREST THE POPE, complete with a rat-like caricature of Pope Benedict XVI.

Patrick is getting it done and he really deserves a lot of credit. On the list notable Catholics, Mr. Coffin deserves to be at the top of the list. Day in and day out, he does the good work with style, grace, and edge. That is not easy to pull off. Kudos to Patrick Coffin.

Ok. Enough with the niceties. I have mentioned this before.

In this head shot (Do real men have head-shots? I’m just asking?) In this head shot doesn’t Patrick look like a cross between Potsie Weber and that guy Richard from “Lost” I just saying. I mean, he seems like a great guy. A great guy. But I’m fairly sure he is wearing makeup in this shot. Or something…

Did I mention that he is Canadian? I shoudn’t even have brought that up, not with all the racial tensions these days. I even have some Canadian friends.