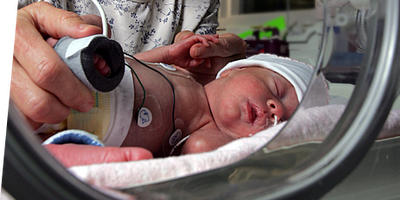 Remember at the opening of the Olympics when we got to watch a whole show celebrating the British National Health Service as a model of compassion.

Then we got to listen to progressives tell us how much more civil and compassionate such a system is.

Well, this is the same system that systematically starves and dehydrates sickly newborns until they are ‘smaller and shrunken’ and then die.

Yes, along with ‘terminally ill adults’ they are now refusing food and fluid to sickly newborns. This is monstrous and this is our future. Nazis with nice manners.

Sick children are being discharged from NHS hospitals to die at home or in hospices on controversial ‘death pathways’.

Until now, end of life regime the Liverpool Care Pathway was thought to have involved only elderly and terminally-ill adults.

But the Mail can reveal the practice of withdrawing food and fluid by tube is being used on young patients as well as severely disabled newborn babies.

One doctor has admitted starving and dehydrating ten babies to death in the neonatal unit of one hospital alone.

Writing in a leading medical journal, the physician revealed the process can take an average of ten days during which a baby becomes ‘smaller and shrunken’.

The LCP – on which 130,000 elderly and terminally-ill adult patients die each year – is now the subject of an independent inquiry ordered by ministers.

The use of end of life care methods on disabled newborn babies was revealed in the doctors’ bible, the British Medical Journal.

Earlier this month, an un-named doctor wrote of the agony of watching the protracted deaths of babies. The doctor described one case of a baby born with ‘a lengthy list of unexpected congenital anomalies’, whose parents agreed to put it on the pathway.

‘Their wishes, however, are not consistent with my experience. Survival is often much longer than most physicians think; reflecting on my previous patients, the median time from withdrawal of hydration to death was ten days.

‘Parents and care teams are unprepared for the sometimes severe changes that they will witness in the child’s physical appearance as severe dehydration ensues.