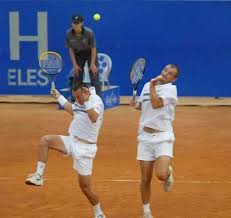 Captain Planet, the fantasy of Ted Turner’s fevered environmental fantasy, will be at the Easter Egg hunt at the White House. Presumably, his role will be to make children not know who the heck he is and then make them cry as he approaches them.

This may be the cruelest consequence of the sequester yet. Kids looking to see the Easter Bunny will be faced with Captain Planet pictured below.

(OK. That’s also not an actual photo of Captain Planet. I decided to spare you from that sad sight.)

Leave it to Barack Obama to transform Easter into some environmentalist messaging vehicle aimed at children.

His sad backstory is that Captain Planet and his “Planeteers” were bestowed powers by Gaia to save the world from greedy and evil polluters. That’s Captain Planet’s backstory, not Barack’s, of course. Because it didn’t mention Kenya. What?!