Study: Shroud of Turin Dates Back to 1st Century 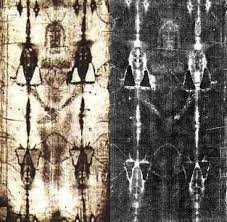 A few years ago I read a ton of books on the Shroud of Turin. My faith didn’t depend on the Shroud being authentic but I believed it to be so. Now, a new study has shown that the Shroud does indeed date back to the first century.

Wow. That’s pretty big news. And how about that for timing? Right on Holy Thursday.

New scientific experiments carried out at the University of Padua have apparently confirmed that the Shroud Turin can be dated back to the 1st century AD. This makes its compatible with the tradition which claims that the cloth with the image of the crucified man imprinted on it is the very one Jesus’ body was wrapped in when he was taken off the cross. The news will be published in a book by Giulio Fanti, professor of mechanical and thermal measurement at the University of Padua’s Engineering Faculty, and journalist Saverio Gaeta, out tomorrow. “Il Mistero della Sindone” (The Mystery of the Shroud) is edited by Rizzoli (240 pp, 18 Euro).

What’s new about this book are Fanti’s recent findings, which are also about to be published in a specialist magazine and assessed by a scientific committee. The research includes three new tests, two chemical ones and one mechanical one. The first two were carried out with an FT-IR system, so using infra-red light, and the other using Raman spectroscopy. The third was a multi-parametric mechanical test based on five different mechanical parameters linked to the voltage of the wire. The machine used to examine the Shroud’s fibres and test traction, allowed researchers to examine tiny fibres alongside about twenty samples of cloth dated between 3000 BC and 2000 AD.

The new tests carried out in the University of Padua labs were carried out by a number of university professors from various Italian universities and agree that the Shroud dates back to the period when Jesus Christ was crucified in Jerusalem. Final results show that the Shroud fibres examined produced the following dates, all of which are 95% certain and centuries away from the medieval dating obtained with Carbon-14 testing in 1988: the dates given to the Shroud after FT-IR testing, is 300 BC ±400, 200 BC ±500 after Raman testing and 400 AD ±400 after multi-parametric mechanical testing. The average of all three dates is 33 BC ±250 years. The book’s authors observed that the uncertainty of this date is less than the single uncertainties and the date is compatible with the historic date of Jesus’ death on the cross, which historians claim occurred in 30 AD.

The tests were carried out using tiny fibres of material extracted from the Shroud by micro-analyst Giovanni Riggi di Numana who passed away in 2008 but had participated in the1988 research project and gave the material to Fanti through the cultural institute Fondazione 3M.

I plan to read more about this in the near future. I can’t wait to learn more.

This is the kind of thing that could have many people reconsidering their worldview. I’m excited.