Stupidest Thing Ever Written About Abortion. Seriously Ever. 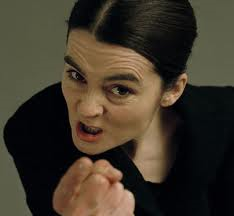 There’s a certain level of stupidity reserved for feminist activist/scholars. This is that level.

A liberal site called TruthOut published this insanely awesomely dumb piece by Lauren Rankin, a self described “feminist writer, scholar, and activist.” The piece’s position is that the pro-aborts aren’t inclusive enough because they’ve made it into a wyminz issue.

Her thesis is that pro-aborts are guilty of implicit cissexism (I don’t even know what that word means) because not everyone who has an abortion is a woman.

I warn you. You will lose IQ points upon reading this. Some of your brain cells may choose to immolate themselves rather than transport the data from this story to the rest of your brain.

This is something that only someone who describes themselves as a “feminist writer, scholar, and activist” could write:

The last month has been particularly brutal for abortion rights activists and women’s health advocates, as state after state has proposed and/or passed various bills that restrict abortion access and undermine abortion care. In response, there has been a re-energized reproductive rights movement, with many across the nation stating that they “Stand With Texas Women” or “Stand With North Carolina Women.” But in this response, abortion rights activists have overlooked and dismissed a very important reality: Not everyone who has an abortion is a woman.

Abortion is so often framed as a women’s issue by both those who advocate for abortion rights and those who seek to dismiss abortion as frivolous. And for abortion rights, a movement that took root in the late 1960s and early 1970s, this makes sense. Prior to a deeper understanding and problematizing of gender and the way that it works, in our social construction, only women had abortions because only women could get pregnant. But in 2013, we should know better, and we need to do better.

At this crucial moment for reproductive freedom and abortion access, the abortion rights movement stands at yet another crossroads: How do we adequately address and include those who have abortions but are not women?

We must acknowledge and come to terms with the implicit cissexism in assuming that only women have abortions. Trans men have abortions. People who do not identify as women have abortions. They deserve to be represented in our advocacy and activist framework. Honestly, I am guilty of perpetuating that harmful myth, both in my rhetoric and framing. I often frame abortion restrictions as misogynistic attacks meant to control women’s reproductive lives, and that is true. But abortion restrictions also affect the lives of people who aren’t women, and they hinder trans men and gender-non-conforming people and others who were Designated Female at Birth (DFAB) from accessing abortion care, as well.

“Stand with Ohio Women” and the “War on Women” may be great rallying cries, but they also very clearly reiterate the notion that abortion is both solely a women’s issue and that only women have abortions. This can make those in the trans community feel excluded, and it can deter them from both seeking the abortion care they may need or becoming actively involved in abortion rights advocacy.

How awesome was that? You have to be chasing down a PhD or have one already to write something that stupid, right? This almost feels like a drunken text that you cringe about when someone reads it back to you the next afternoon.

If the pro-aborts want to get more inclusive, try including the unborn under the umbrella of humanity. Now that’s inclusive.