NSA Spying on Vatican.Vatican Says “Whatever.” 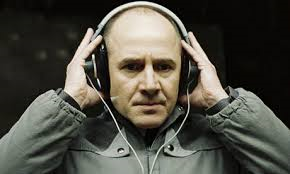 I kinda’ get a kick out of this story. It’s big news that the NSA may be spying on the Vatican. But when asked about it, the Vatican was all like “Whatever.”

An Italian magazine has reported that the US National Security Agency (NSA) monitored the phone conversations of Vatican officials. But the director of the Vatican press office has told reporters that “we have nothing to worry about.”

“There are no concerns on this matter,” said Father Federico Lombardi, in a statement released to reporters after the magazine Panorama reported that the NSA had eavesdropped on conversations at the Vatican. The magazine claimed that the NSA monitoring included the conversations of cardinals who gathered in Rome in March for the conclave that elected Pope Francis.

The aims of the Church are stated plainly and clearly. No secret aims.

It’s pretty hilarious that the Church in many popular novels and movies is portrayed as the most secretive and ruthless of all world organizations. But in real life, they say about being spied on, “we have nothing to worry about.”

Now, of course, you may think the Vatican thinks they have nothing to worry about because they are so confident in their subterfuge, the capabilities of their albino monk assassin squads, and their ruthless nunjas and their nocturnal apostolic visitation, if you know what I mean. But I’m pretty sure that’s not the case. Or is it?