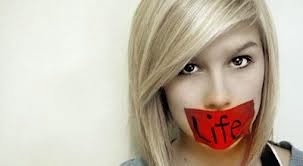 If she’s unpopular right now and fears hurting the chances of the law passing, that’s cool with me. But is it just politics and she doesn’t want to be associated with the pro-lifers? Because then she’s not really PRO-life. She would just be against abortion when it’s convenient.