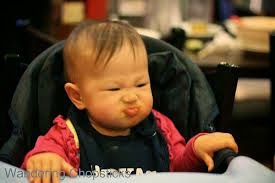 China’s leaders agreed to loosen the nation’s one-child policy and to give market forces a greater role in the world’s No. 2 economy, according to new details of a blueprint for reform released on Friday.

The proposals follow the end on Tuesday of a four-day meeting of top Chinese Communist Party leaders, and they represent the first comprehensive road map for reform under new Chinese President Xi Jinping.

While a preliminary summary of the meeting released on Tuesday was vague, the more-detailed document released on Friday sketches an ambitious reform program designed to address problems that China faces: maturing growth, rising worries about a wide wealth gap and endemic pollution, and increasingly vocal criticism of Beijing’s handling of a number of social issues.

I don’t believe it for a second. Not one. Here’s why:

The document said China would significantly ease its one-child policy, allowing couples to have two children if one of the parents is an only child. Currently, Chinese couples are restricted to one child except under some circumstances, such as rural dwellers, pilot programs in a number of areas and among ethnic minorities.

Enacted in 1980, the policy has been lauded by officials for taming a surging population from a years-earlier baby boom. But economists say it risks eroding China’s competitive advantage, draining its labor pool of future workers as the population ages and puts a greater strain on China’s emerging social safety net.

There’s no consideration that life itself is sacred and shouldn’t be destroyed or controlled by the government. This seems like a pure financial consideration. There’s no consideration about freedom. China’s work force shrank last year for the first time in decades, and that’s likely going to continue. So in a panic they’re easing the one-child policy in, let’s face it, miniscule ways.

But there’s no underlying admission that the policy itself is a horror. It’s a tweak. You can’t tweak a genocide.