The Irony of Time Mag 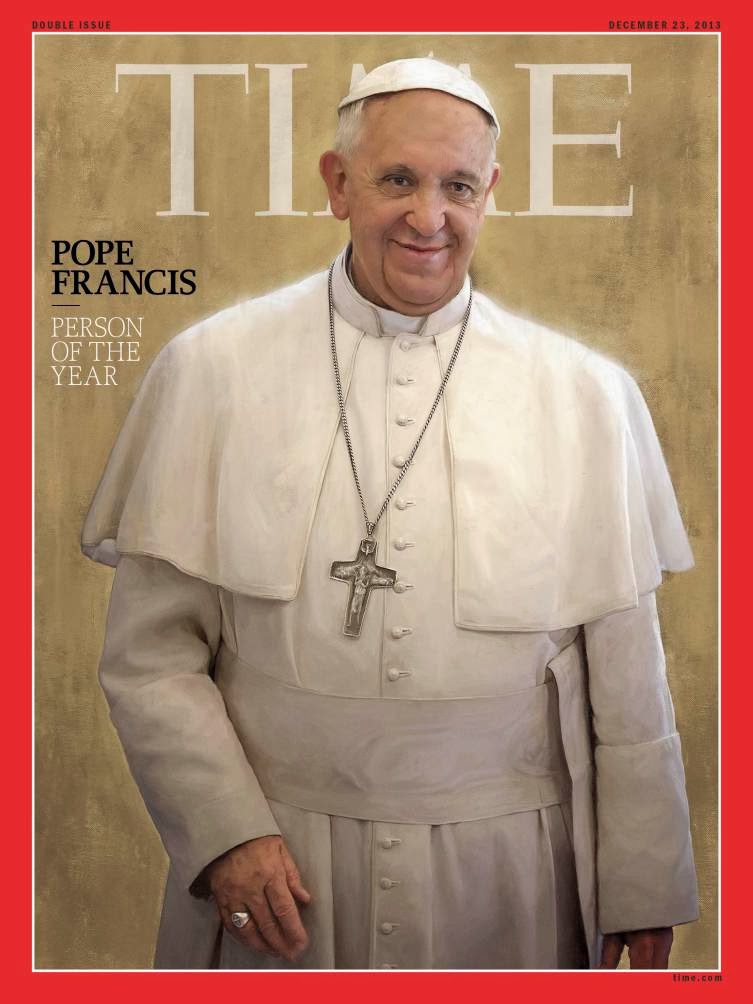 This is irony. Time Magazine which has so often declared the Church irrelevant and doomed to disappear, now selects Pope Francis as their Person of Year in order to seem relevant and avoid disappearing altogether.

The lesson to be learned: When you’ve only been around a few decades, don’t predict the demise of two thousand year old institutions. It doesn’t end well.