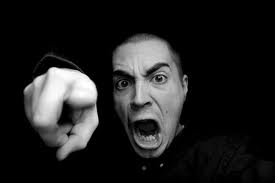 This is just too funny. The first atheist Church started up a few months ago…and it already has a schism -a breakoff group that’s blasting the original atheist Church as a cult. Seriously.

I don’t know how exactly one atheist judges other atheists. “He doesn’t believe in nothingness enough!” or “Even though there aren’t any objective standards, I’m living up to them a lot better than that guy!”

Who’d have thought that a group of people whose self-worth comes from believing they’re smarter than everyone else wouldn’t be able to get along.

Months after it launched its ’40 Dates and 40 Nights’ roadshow, the atheist ‘church’ known as Sunday Assembly has experienced a split from one of its congregations, which decided to form their own group due to ideological differences.

As previously reported, in January of last year, British stand-up comedians Sanderson Jones and Pippa Evans organized a gathering, originally held at the Nave in Canonbury, called “Sunday Assembly.” As Jones is an atheist and Evans an agnostic, instead of having worship and prayer, the gathering features secular music performed by an in-house band and special speakers, such as authors and fellow comics.

Last fall, Jones and Evans embarked on a mission to spread their godless assembly to cities around the globe. They traveled throughout the U.K., Ireland, Australia, Canada and the United States, including stops in Los Angeles and New York.

“Our vision: a godless congregation in every town, city and village that wants one,” their website states.

However, according to a CNN report this week, three members of the New York Sunday Assembly decided to break away from Jones and Evans and launch their own “denomination” so to speak, called The Godless Revival.

Founder Lee Moore reportedly accused the founders of Sunday Assembly of having “a real problem with atheism,” asserting that he was advised to refrain from using the word “atheist,” not to feature atheist speakers and to host the meetings in a more family-friendly location other than the local dive bar.

Jones told the outlet that while he denies ever counseling Moore not to use the word “atheist,” he did suggest that the group should be mindful “not to cater solely to atheists.” He also recommended that Moore find a more positive location to host the Sunday Assembly as “women wore bikinis” at the dive bar.

Because of the differences in ideology, Moore and others launched their own group in New York, and denounced Sunday Assembly as “a humanistic cult.”