A Disturbing Trend of Vandalism to Catholic Churches 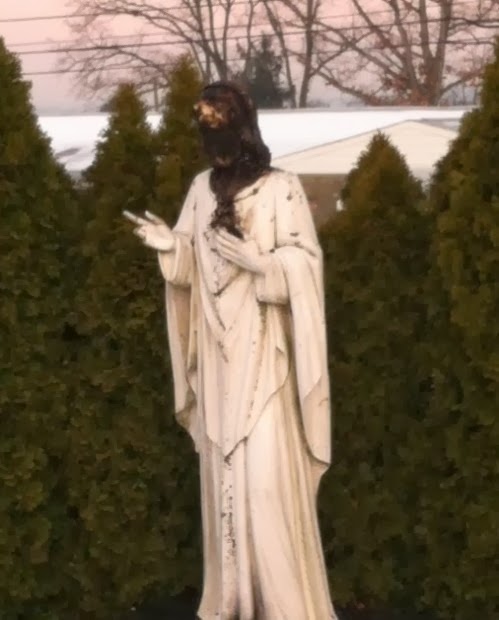 I don’t know if this is going on in many places around the country but I’ve noticed a few instances recently of terrible acts of vandalism to Catholic churches in New Jersey and Pennsylvania.

It’s being reported that a statue of Jesus was burned outside St. Ann’s Catholic Church in Emmaus, Pennsylvania over the weekend, according to The Blaze.

This is not the first time St. Ann’s was vandalized. In the past, statues of Jesus and of Mary have been knocked over and the church’s wall was spray-painted with “666.”

As CMR recently reported, several statues of the Virgin Mary, Joseph and Jesus were vandalized at two parishes in New Jersey.

The head of a statue of Mary was taken off and a St. Joseph statue was cut in half at Sacred Heart parish in New Jersey. Shortly after that, police discovered that statues at St. Francis of Assisi Church had been desecrated in a similar manner.

Late last year, in September, statues were also vandalized at another parish in New Jersey, St. Mary’s in Malaga.

Any other religion and this would be all anyone was talking about on the news.