Should Hairdresser be Forced to Do Governor’s Hair? 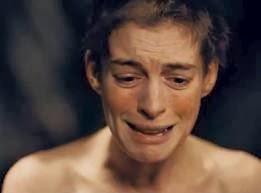 A gay hairdresser (wait, is that redundant?) ((just kidding)) is refusing to do the hair of New Mexico Governor Susana Martinez because she’s not supportive of same-sex marriage, according to the New York Daily News reports:

“The governor’s aides called not too long ago, wanting another appointment to come in,” Antonio Darden reportedly said. “Because of her stances and her views on this, I told her aides no. They called the next day, asking if I’d changed my mind about taking the governor in and I said no.”

“It’s just equality, dignity for everyone,” he added. “Everybody should be allowed the right to be together.”

But the question is, shouldn’t Darden be forced by some human rights tribunal to do the governor’s hair like those bakers were forced to bake a cake for a same-sex marriage. Now, I don’t know why you’d want to force someone to do your hair or bake a cake because it seems to me that you’re asking for a special ingredient in your cake or a really really bad haircut. But not forcing Darden would send a mixed message; it would tell hairdressers they can have it both ways. And we wouldn’t want to do that, right?