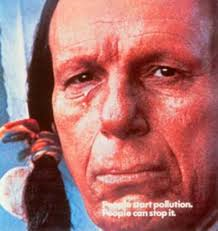 Gillian Robespierre, the writer-director of “Obvious Child,” the new indie rom-com that features an abortion which nobody in the movie seems to think is a big deal, was interviewed by the Daily News and said that unless you’re willing to fork over $12 at the theater, you’re kinda’ judgmental.

“I would be lying if I didn’t say have a bit of fear of how pro-life people will perceive it,” says the filmmaker. “However, I think they aren’t going to see the movie anyway, which is too bad, because I wanted to get through as much as I could without judgment.”

Truth be told, such people may not take kindly to a Saturday-night date movie that involves a drunken one-night stand that leads to a woman deciding to abort, without reservation or guilt.

There’s so much going on there. I love the “such people” descriptor from the Daily News. It’s so implicitly disdainful.

I also get a kick out of Robespierre putting the words “fear” and “pro-life” in the same sentence. She fears how pro-lifers will perceive the film. No reason to fear lady because none of us will see it. But you see, that’s a judgment and that’s not allowed.

You’ve got to love how she says having a character have an abortion which everyone thinks is a good idea and nobody has a problem with whatsoever is non-judgmental. Not being judgmental about anything is a judgment. It’s a judgment that there’s nothing wrong.

When did lack of judgment become such a prized character trait?

Here’s the thing, in this case, the accusation of being judgmental simply means stop disagreeing with me…and fork over 12 dollars to see my movie. And don’t you dare judge my non-judgmental abortion rom-com.

The Daily News does point out that the film’s character has an ambiguous tear run down her face during the abortion. I guess that’s supposed to signify some complexity. The single tear running down the face, like the Native American dude in the commercial looking at all the trash. Fitting, because that’s how so many people see life in the womb -as trash.