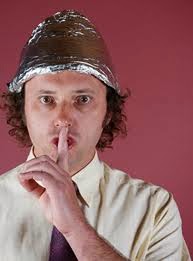 Patheos blogger Frank Schaeffer wrotea truly ridiculous piece. I’m not sure if this guy is always like this or not but this is really out there.

Pope Francis must have vomited when he heard the Hobby Lobby news. Nothing could undo the good he has recently done the Church’s image more than yet another case of anti-woman lashing out by a cabal or far right Roman Catholic activists– this time in the Supreme Court.

Schaeffer seems to believe the latest decision is the brainchild of the late Chuck Colson and Princeton professor Robert George with their lead henchman being Supreme Court Justice Antonin Scalia. Schaeffer describes George as a “Roman Catholic far right ideologue and anti-gay activist.”

Hey, I told you it’s really out there.

George is a close friend and co-conspirator with fellow ultra-conservative far right Roman Catholic ideologues including with Scalia who became the ringleader of the GOP’s Court-driven Hobby Lobby lunge into theocratic politics. George is the de facto father of the twinned war against gays and war against women. Scalia is his follower and close friend. And George has the support of the U.S. Roman Catholic bishops, the Mormon leadership and the most conservative of the evangelical leaders. Charles Colson was George’s close confident. Together they hatched the plan that in the end (and after Colson died) became the Hobby Lobby case.

Way back when, the late Charles “Chuck” Colson teamed up with George of to launch the dirty tricks campaign to brand President Obama as “anti-religious.” They decided to use the issue of contraception as the hinge to turn people against him.

Yes, it was George and Colson with their eeevil thug Scalia who made Obama force religious institutions to provide contraceptive coverage. Totally them. All them.

For good measure, Schaeffer also names the Catholic bishops, Elizabeth Anscombe, and Karl Rove as unindicted co-conspirators. So if you haven’t had your share of crazy for the day feel free to check out the rest.