You Want to Break a Kid’s Heart? 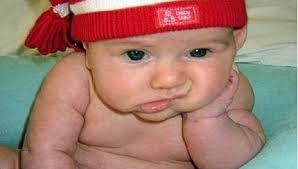 So I’m sending the seven year old girl and the nine year old boy to bed last night. Right as they were heading up my phone rang and it was my wife to discuss the weekend’s schedules and who would take whom where.

At one point I was talking about a volleyball game and I said, “the kids need supervision.”

The boy, whom I thought was on his way upstairs, jumps out from the kitchen, arms raised in the air excitedly. He tells the seven year old that he thinks we’re getting them “super vision.”

She pumps her fist in the air in response. “Now we’ll really be able to fight crime,” she said.

I told my wife to hang on and I explained to them what “supervision” meant. You should’ve seen their faces. Pure disappointment.

P.S. – Wait until they find out that “laser eye surgery” doesn’t mean what they think either.