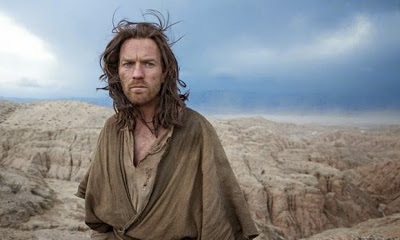 Here’s Ewan McGregor in a movie called The Last Days in the Desert, which recounts the 40 days and nights of Jesus in the desert, where he is tempted by Satan, who oddly is also played by McGregor. Which is kinda’ weird.

The movie is being directed by Rodrigo Garcia who is no friend of Christianity, it would seem. When one of his plays was put on in 2011 which was also about Jesus, Archbishop Monsignor Robert Le Gall said: “Mr Rodrigo Garcia wants to denounce forcefully all forms of fundamentalism and rebel against an all-powerful God he has feared since childhood – that is not the God Christians proclaim…Is it right to foul the faith of many believers, to attack them in their devotion to Christ? I do not think so.”

Bishop Dominique Rey of Frejus-Toulon, said Garcia depicted Christ as a “madman, dog, pyromaniac, messiah of Aids, devil-whore, no better than a terrorist”.