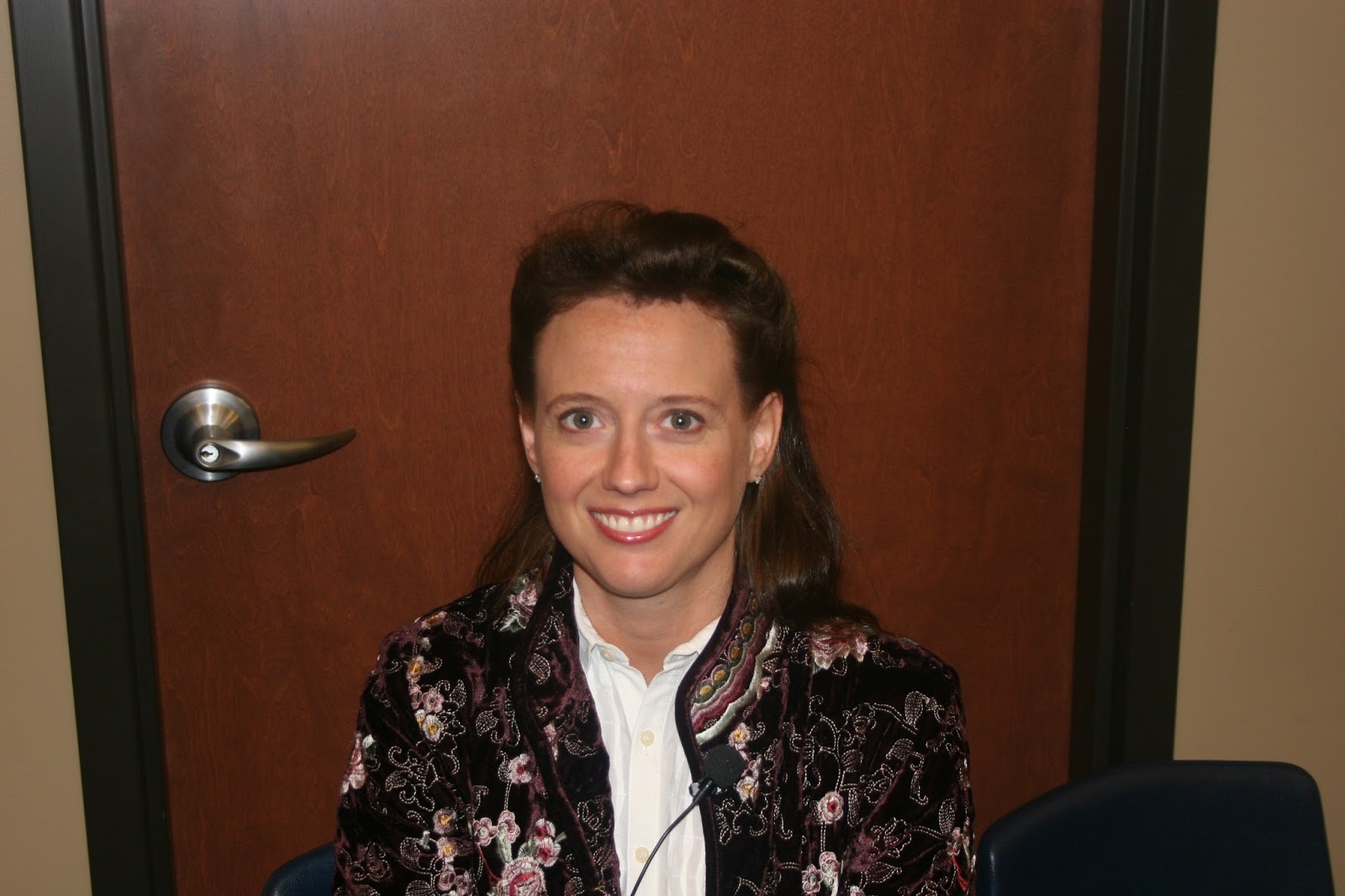 As part of my ongoing interview with Ann Barnhardt, today we discuss the liturgy. I must say that the answer I got to my question is so outstanding and makes so many excellent points, that I have had to read it several times. THis should be must reading for any discussion of this topic. Without further delay:

PA:  I used to think that a gradual restoration of the sacred in the Mass was possible, maybe even preferred.  For the most part, I have abandoned the reform of the reform as an end.  If anything, reforms to the NO are good only if they prepare and lead people back the TLM.  In your mind, is the NO reformable and how do you deal with multiple generations that have no sense of the sacred or what has been lost?

We do not defend as “a part of one’s body” a malignant tumor, even though its tissues are very much alive and it is fully connected into our circulatory, nervous, endocrine and all other systems.  We do not make insane attempts to transform a malignant tumor, alive inside the body, into a contributive, productive organ.  We do not delude ourselves with lies about malignant tumors, such as, “It is just a second liver,” or even worse, “The tumor is a superior form of human flesh.  All of my other tissues are actually inferior to the tumor.  I am sick and dying only because the tumor is not big enough – my non-tumor tissues are what is killing me.  If my tumor were bigger and stronger, my entire body would be healthier.”


Before there can be any discussion of the Novus Ordo the concepts of  “validity” and “licitness” must be understood.  If a Mass is INVALID, Our Lord does NOT come down on the altar, the Eucharist is NOT confected and the Holy Sacrifice is NOT offered.  If a Mass is ILLICIT, the Eucharist is confected and Our Lord does come, but He is, depending on the severity of the infraction and motivation of the malefactor, in a range from displeased to very, very angry.  But with whom is He angry?  According to St. Thomas Aquinas, Our Lord is angry not only with the priest, but also with the PEOPLE who tolerate and embrace the liturgical faults and crimes of the clergy.  In fact, St. Thomas said that people who consent to liturgical abuse do not “obtain the reality of the sacrament”.

Now, when Thomas says they are not obtaining the “res,” or reality of the Sacrament, he doesn’t mean they are not receiving Jesus really, physically, substantially present in the Eucharist. Oh they absolutely receive our Lord, but not the benefit of receiving Him, not the grace. Rather, as St. Paul says, they eat and drink their own damnation. If one pauses and thinks about the gravity of what the Angelic Doctor said, one quickly realizes how the following statistics are not only possible, but entirely predictable given the Novus Ordo paradigm:

-As of 2001, only 17% of Catholics in the U.S. attended Mass every week, which is, of course, obligatory under pain of mortal sin.
-Of those who attend Mass “regularly”, less than 30% believe in the Real Presence of Jesus Christ in the Eucharist.  For a non-trivial percentage of the 70% who do not believe in the Real Presence, it is because they have never been told or taught of the Real Presence in any way.
-Among white Catholic Americans, 54% voted for Barack Obama in 2008.  That number dropped to a MERE 50% in 2012.
-Among Hispanic Catholic Americans, 72% voted for Obama in 2008, and 75% in 2012.
-In excess of 60% of American Catholics support sodomite “marriage”, and Catholics have consistently “led the way” in polls on this question.
-All over the world, support for and active use of contraception among Catholics is in excess of 90%.
-55% of American Catholics support abortion in all or most cases.

The Novus Ordo Masses are mostly valid, but the amount of grace flowing into the people, if what St. Thomas teaches is true, is little to none, not only because so many of them are receiving Holy Communion in unconfessed mortal sin, but also because the only way for an adult to receive the graces flowing from the Novus Ordo is to spend the entirety of the Mass begging God’s mercy and making reparation for the illicit liturgical actions freely chosen by the priest and consented to by the people, and further begging God’s mercy and making reparation for the massively compromised nature of the Novus Ordo itself, created as it was with full malice aforethought by Freemasonic-Communist-sodomite infiltrators of the Church, and again, consented to by the people, who have historically been the last and most strident line of defense against liturgical abuse.

Go back and read that positively Pauline run-on sentence again, and then ask yourself if it doesn’t explain everything we are seeing today.  Everything.  These people, these “baptized pagans” are all morally blind and intellectually crippled.  They cannot think through even the simplest logical progressions and thus are all but incapable of parsing obvious, objective reality.  They are staggering in the dark holding simultaneously contradicting positions without even the slightest internal tension, and are not receiving the grace which Christ so desperately wants to shower them with because of the Novus Ordo itself.  To put it a bluntly as possible, tolerance of the Novus Ordo has made people stupid and morally obtuse.

Many argue that the Novus Ordo must be gradually reformed or phased out over a period of decades or even centuries because it would cause faithful Catholics to become confused and possibly lose their faith.  I reject this argument on three levels.  First, as we have already discussed, most ethnic Catholics today are already de facto heretics or apostates.  They openly reject and deny what the Church teaches infallibly, including the Third Commandment (weekly Mass attendance), Fifth Commandment (abortion) and Sixth Commandment (divorce, contraception, sodomy).  The notion that apostates and heretics should be handled with kid gloves and that the Holy Sacrifice of the Mass should be subjugated to their sensibilities is itself a violation of the First and Second Commandments (idolatry and sacrilege).

Second, there is the argument that because the Novus Ordo was imposed upon the Church extremely rapidly, in a matter of weeks in many places, that it would be just as bad to make a quick return to the Gregorian Rite.  This is pure poppycock.  The equivocation is false.  The promulgation of the Novus Ordo was a very, very, very bad thing, an act of war against the Church by Freemasonic infiltrators in concert with Communists and sodomites.  Abrogating a very bad thing and returning to something so good that the human mind is incapable of plumbing its depths need not and should not be gradual.  We are called to make a clean, decisive rejection of our sins.  We are not called to “ease gradually” out of sin.  Likewise, the notion that the right and proper worship of God could ever be “a tactical mistake”, or “too much too soon” is a sin against the First and Second Commandments.

Third, the notion of the need for a gradual “reform of the reform” belies a lack of faith on the part of its proponents. One of my oft-repeated mottoes is, “Never fear the consequences of doing the right thing.” Do we not believe that if the Church did the right thing and returned to the Gregorian Rite tomorrow that Our Lord and His Mother would shower the Church Militant with grace and that the Holy Ghost would, very literally, “renew the face of the earth?”  Anything would be possible.  Mass conversions of Jews, musloids, China, and all pagans.  Reversions of apostates and schismatics, first among them Russia.  Renewal of Christian culture and an end of the Culture of Death.  Renewal of just governments, economies and the Rule of Law under the Kingship of Christ.  These would be just the very first fruits of the return of the Church to the Gregorian Rite.

But, it will not happen except by supernatural intervention.  Everyone today, including the majority of conservative liturgists, are far more interested in human respect than in God’s will.  The worst possible thing that could happen, according to them, is to be “not liked” by the world, and so they measure everything according to that metric, and as a corollary adopt “moderation” as their creed.

I heard it said recently that the essence of Modernism is “We don’t really believe what we believe.”  The Novus Ordo is the liturgical manifestation of Modernism par exellence.  It was conceived in malice and built by evil men to scream out to the world that “We don’t really believe what we believe.”  And now, almost no one does.  It is, in absolute terms, satan’s most wildly successful attack upon the Church and mankind.  And so, in answer to your question, the way to teach the generations who have never seen the Gregorian Rite is very simply by making them SEE IT.  Because the Gregorian Rite proclaims in every rubric, gesture, word and adornment that WE REALLY BELIEVE WHAT WE BELIEVE.  It is the antidote to the poison of Modernism.

The Novus Ordo is valid.  Our Lord, in His infinite, unfathomable, condescending love still comes, ignored, denied, abused and despised, just so the souls there present will have the chance to fall to their knees upon realizing what His own have done to Him, beg forgiveness and console Him.  Because God Almighty wants to be consoled by us.  The mind reels.

The Novus Ordo is also the single most compelling proof set of the indefectibility of the Church.  Satan and his Freemasonic, Communist and sodomite toadies, infiltrating the Church all the way to the core, could not fully invalidate the Mass.  But to tell ourselves that we should be “okay” with the Novus Ordo is presuming upon God’s mercy.  I cannot tell myself that my sins are “okay” because I know that Christ in His infinite mercy will always forgive me in the Sacrament of Confession.  My sins are not “okay” precisely because of Our Lord’s infinite mercy and loving availability to me in the confessional.  Likewise, the validity of the Novus Ordo and Our Lord’s presence upon the altar in the Eucharist therein is PRECISELY WHY the Novus Ordo is not “okay” and should be abrogated tomorrow – because it was conceived in malice by evil men in league with satan to hide and obscure the very thing that it is – the Sacrifice of Calvary. To take His love for granted to the point of subjugating it to human respect is simply wicked, and belies a massive failure in faith and charity.
*subhead*Oustanding*subhead*