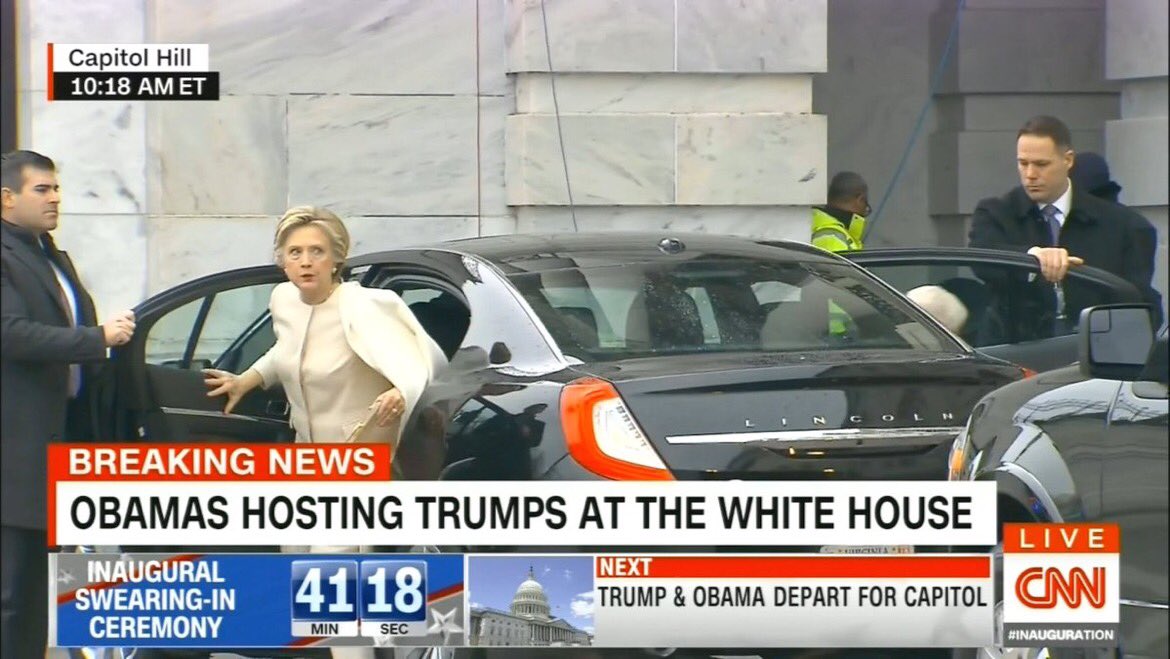 One of the most important things that happened today was that Hillary Clinton did not become president. Can we all just take a moment to thank God for that? She truly would’ve been a disaster for religious liberty. Disaster.

President Trump mentioned the term “radical Islam” and called it “evil.” The Obama administration wouldn’t even say those words, never mind classify it as evil. This is a big step. These people have been attempting to rid an entire region of the globe of Christians. And to be honest, they were getting quite efficient at doing it.

Let’s hope for better days for Christians in the Middle East.

There were many prayers offered at the Inaugural. In fact, I read that it broke the record for most prayers. Cardinal Dolan offered a nice prayer, reciting King Solomon’s prayer from the Book of Wisdom:
“God of our ancestors and Lord of mercy, you have made all things. And in your providence have charged us to rule the creatures produced by you, to govern the world in holiness and righteousness, and to render judgment with integrity of heart. Give us wisdom, for we are your servants, weak and short-lived, lacking in comprehension of judgment and of laws. Indeed, though one might be perfect among mortals, if wisdom which comes from you be lacking, we count for nothing. Now with you is wisdom, who knows your will and was there when you made the world, who understands what is pleasing in your eyes, what is conformable with your commands, send her forth from your holy heavens. From your glorious throne, dispatch her that she may be with us and work with us, that we may grasp what is pleasing to you. For she knows and understands all things and will guide us prudently in our affairs and safeguard us by her glory.”

And then there’s this. This woman is really upset by Trump’s inauguration. I mean, this is the most overacting I’ve seen since Shatner yelled “Khaaaaaaan!!!”