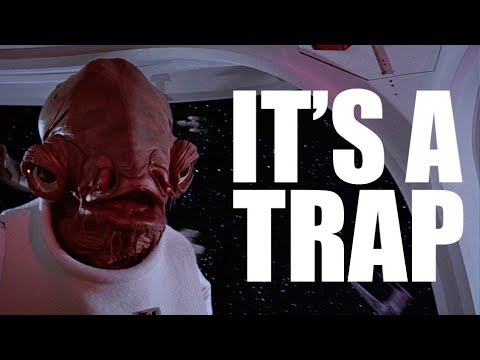 “To a surrounded enemy, you must leave a way of escape.” — Sun Tzu

In Part 1, Part 2, and Part 3 of this series, we have covered quite of bit of territory, reviewed the numerous actions of this papacy and its apparatchiks to systematically quash any resistance to their progressive modernistic program.

We have seen how they systematically use and abuse the apostolic visitation process to demolish any order or prelate that they deem too traditional or just not sufficiently part of the team with no sense of fairness, order, or due process.  We have seen how the changes to the rules and governance models to women religious, coupled with the proven ability and willingness to squash the recalcitrant, that traditional contemplative monastic life cannot possibly survive.  We have seen how they changed the rules about how bishops can independently erect institutes of consecrated life in their diocese, effectively giving the Vatican veto power if they don’t like it.  Again, in the context of their proven willingness to destroy a bishop through visitation, there is likely not a bishop that would even attempt defiance on this matter.  This leaves no escape for traditional religious.

And we have seen how the synod process has been twisted into something unrecognizable, something with only the ability to tell the emperor, in ways preordained, how wonderful his new clothes are.  This last synod was hijacked and produced a document that in large part was about a topic not even discussed, synodality itself.

The politburo approved Catholic media will tell you that synodality is all about decentralizing the governance of the Church closer to the people in the form of the Bishop’s conference.  This, obviously, could not be further from the truth.  In an incredible validation of the lie, before the ink was even dry on the synod document on synodality, the Pope personally intervened to publicly castrate the USCCB before they even thought about even discussing doing something useless about the abuse scandal.  It was quite the show, even for veteran Church watchers.

In order to understand what the push for synodality is all about, you have to look at the above described pattern.  In every step, they have restricted the rights of bishops and other groups to act on their own and under their own authority in a way that conflicts with the super-dogma of Vatican Two-ism.   Synodality is not about empowering Bishop’s conferences, as undeniably demonstrated in Baltimore.  It is about restricting the ability of any single bishop to act on his own.  It is about making sure that no stray orthodox bishop can be a bastion of tradition and a safe space for traditional Catholicism.  He can’t allow new groups of religious to form in his diocese, he can’t invite traditional nuns to set up shop in his diocese, and if he does anything too traditional, he will be on the receiving end of an apostolic visitation for the crime of not getting along with his Bishop’s conference.  All of this has been about cutting off all escape paths for traditional Catholics.

Well, that is not entirely true.  Some escape paths they will leave open.  I opened this essay with a quote from Sun Tzu, “To a surrounded enemy, you must leave a way of escape.”  Cut off all paths of escape but one.  Get your enemy all into one place by making them think they have no place else to go.

Everything up to this point is my series of essays has been about what they have already done, with minimal analysis and even less speculation.  I want to be upfront that what follows is speculative, but based upon the demonstrated tactics we have already discussed.  See enough plays in the playbook, you begin to discern the gameplan.

I think that the key piece of evidence for what may be coming was in a little story out of the Italian Bishops’ conference (CEI) recently that had only little notice. I will note that the CEI is a bishops’s conference on which early on Pope Francis performed an uncanonical takeover and placed his hand-picked guy at the top, making the CEI a wholly owned subsidiary of Francis Inc.

Mons. Redaelli, bishop of Gorizia (who we know how to have obtained a degree in canon law at the Pontifical Gregorian University) asserted that the Old Missal of John XXIII had been abrogated by Paul VI (and this contrary to what was declared by Benedict XVI in the Motu Precisely) and therefore the Summorum Pontificum , since the legal premises from which the steps move is wrong, is ineffective in the part in which it affirms the continuity of validity of the ancient missal and recognizes its unchanged vigor today. For this reason, the motu proprio is a legal ” non-sense ” and the “Tridentine” liturgy has not been legitimately re-established by the motu proprio and can not be considered liberalized.

What you need to understand is specifically what Summorum Pontificum did and why they want it gone, in light of all the context of everything we have already discussed.  First, let’s note that in Italy the TLM is hardly an issue.  You can mostly find one in big cities and they are run by groups dedicated to it, the FSSP, ICKSP, and the SSPX.  There are very few diocesan approved TLM’s in Italy, so why would they care?  They care because of what Summorum Pontificum specifically did.  It established the right for ANY priest to say the traditional mass WITHOUT permission from the Bishop or Rome.  This is what must be done away with.  This is an escape hatch they just cannot abide.

The title of this series of essays has been “Actuating Schism.”  How do you turn a defacto schism into a real one?  How do you get the faithful Catholics to be on the outside, seen to be in schism?  To surround the enemy, you must cut off all other paths of escape.  You need to get the enemy, traditional and red-pilling conservative Catholics, all into one place where they feel safer, before you lower the boom.  But the boom.  She is coming.

They want to remove the individual right of priests to say the TLM so that we can only get the mass from their approved sources.  A few years back when it seemed that the Vatican was close to reconciling with the SSPX, there was a rumor going around that if it happened, that all Traditional Mass communities would be rolled into the SSPX auspices, so that the SSPX would be the only place to get the traditional mass.  The SSPX was intended to be the Honey Pot, the place to gather all the recalcitrant under one roof, where they lie in wait for the final blow.  The SSPX did not fall for it, but I believe the plan remains the same.

I believe they intend to do away with Summorum Pontificum and its individual right of priests to say the mass and force all traditional Catholic into one or a few approved sources, perhaps the FSSP and the ICKSP or some juiced up Ecclesia Dei commission, if they can’t close the deal on the SSPX.

In my next article I will discuss what I see as the possibilities once they have us all in one place to try and make the schism real.