Misleading Photos and the Narrative 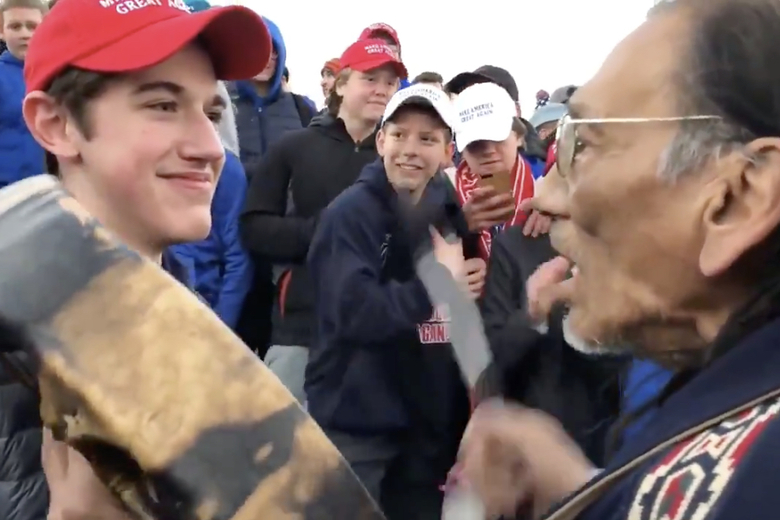 During the past few days, pundits wrongly excoriated a young Catholic school student on the basis of a misleading picture. They did this without knowing the facts. They were happy to do so because it fit their narrative.

This is, of course, easier than actually learning what’s actually going on. It may not be right but its certainly more fun. So let’s play their game and see how it goes:

A young white male who attends an elite private school, sneered angrily at an elderly disfigured bald man who showed serious signs of serious scarring and disfigurement. The brash student continually ridiculed the man by calling him “Tom Riddle” even though the man insisted on being called a different name. This blatant show of disrespect split the student body of the tony boarding school and some are even predicting violence. No doubt the bespectacled young man will be at the center of it.

A population reduction activist on a visit to the United States was attacked by a man calling himself “Captain America.” The man in stars and stripes clearly disagreed with the theories about population control espoused by the foreigner even though the vast majority of the scientific community agrees that population control may soon be necessary to maintain the planet’s resources. He pummeled the man with his fists and shield.