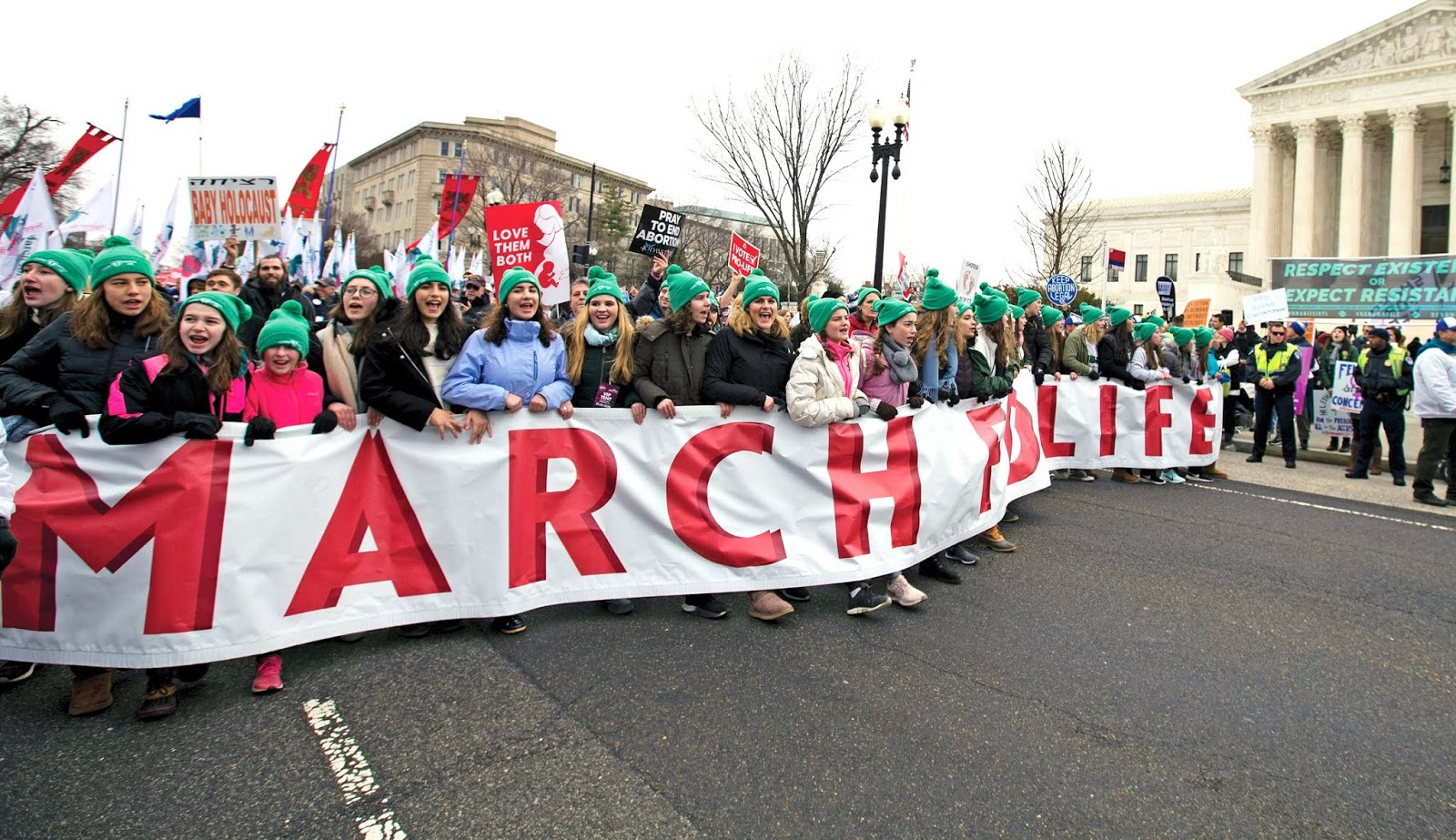 I read a piece in the Washington Examiner saying the pro-life movement is “cool.” And I know it sounds funny but I think it’s actually important.

…if the 2020 March for Life is any indicator, it’s an energy that is bursting the pro-life movement’s traditional boundaries. Opposition to abortion is no longer a niche interest for conservative Catholics, right-wing evangelicals, and other orthodox religious sects. Abortion, rather like same-sex marriage in the early 2010s, is once again a serious political issue. And with the Trump presidency, pro-lifers are on the upswing, cautiously claiming the winning side of history. In other words, perhaps for the first time ever, it is cool to be pro-life.

It makes sense: The majority of marchers were young, teenagers, or groups of 20-somethings. And they weren’t just church youth-group children who got packed into a bus by their middle-aged, politically conscious chaperons. Many were college students who trucked themselves out there not just from religious colleges, but also from the big state schools.

Cool matters. It just does.

I think a great part of the reason that this country has been surging leftward is because people want to be seen as part of the in crowd. Gay marriage? Sure. I don’t want to be seen one of those denim wearing rubes with their oogedy boogedy Sunday school religion that movies and television mocks. Gender? Sure there’s three, four, a few hundred different genders if you say so? If that’s what the college professors say, then I’ll say so too.

Young people especially are inundated with media and celebrity prattle and even when they’re unplugged their teachers and professors are in their ears with this garbage. But here’s the thing. When it comes to gay marriage, most people just think it has nothing to do with them. What do they care if two people of the same sex wanna’ get together. Who cares? Gender dysm…what? Not me? Whatever.

Saying yes to these things is an easy way to virtue signal. It’s a cost/benefit analysis. If I say there’s only two genders I’m an outcast but if I agree with the gender lunacy then it has zero impact on my life.

And if you ask me, the very idea that life is sacred is a great gateway to Christianity. Where does the very idea of the sacredness of life come from? If there is no God, there is no sacred. The only worth an individual has is a utilitarian one. But we all know in our hearts that life is a gift that should not be tossed aside.

And there’s the thing – it always has been. The idea that God created the world as an act of love and that He loves each individual human has extraordinary ramifications. And many people are resistant to that idea. Life can seem so much easier if we view others as obstacles and hindrances to run around or through to obtain what we desire. But when we view others as individuals created by God whom we are called to love, it makes things seem a lot harder. But in fact, it makes life so much simpler. And we can all be cool.

Me? I’m just happy to be cool. Because if pro-life is cool then for the first time in my life I’m cool. My high school classmates would be so surprised.