The Saint Reviled by Shakespeare, Admired by Twain, and Adored by St. Therese of Liseux 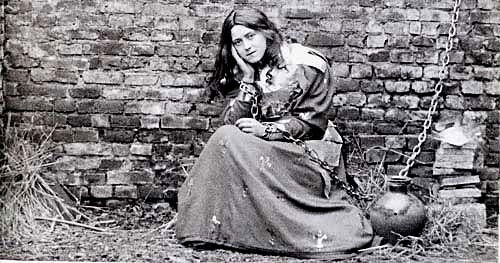 The Maid of Orléans will be a focal point of artists for generations to come but most will pale in comparison to William Shakespeare, Mark Twain and the Little Flower

I’m pretty sure boasting is not an activity many saints take part in but if they did, no other saint could strut around the pearly gates asking everyone if plays and stories about them written about them by such diverse authors such as William Shakespeare, Mark Twain and St. Thérèse of Lisieux.

Few saints have captured the imagination of so many artists as Saint Joan of Arc. Pyotr Ilyich Tchaikovsky and Giuseppe Verdi both wrote operas about the saint. Voltaire and Coleridge both wrote poems of varying quality about her. But let’s be honest: having Shakespeare, Twain and St. Thérèse all writing plays and books about one saint is rather unique.

I suspect Joan of Arc will continue to be the focal point of artists for generations to come but most will pale in comparison to Shakespeare, Twain, and St. Therese of Lisieux.