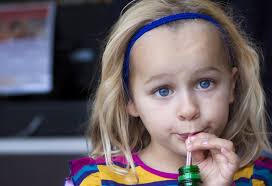 After talking to the demented minds of Democrat investigators who are as of this moment deep diving into the life of Amy Coney Barrett, CMR can reveal some of the horrible accusations that will be leveled at the Supreme Court nominee.

1) One time at a party in 4th grade Amy Coney Barrett took the last cream soda in the variety pack leaving only the lime sodas which she totally knew I didn’t like.

2) This is an actual childhood photo of Amy Coney Barrett.

3) She colluded with the Russians. (This could be her!!!)

5)  But most importantly, she actually believes what the Catholic Church teaches. Like, who even does that?

That’s what scares the crap out of them the most. Because a person who believes she has to answer to God won’t answer to them.

The truth is, they are going to throw everything they can at this woman because they have to. If the Democrats don’t becloud themselves in these hearings, the left will accuse them of being weak. They need the left all ramped up.

I actually predict…and you can mark it down here…a bunch of radicals will Occupy the Senate and won’t let anything happen. This will get ugly folks. Really really ugly.