ACB Gets All the Best Insults 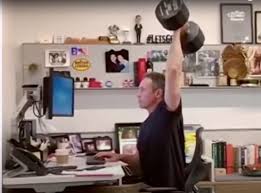 I love how when liberals try to criticize Amy Coney Barrett they end up inadvertently paying her the highest compliments.

And now CNN’s Chris Cuomo, who is also a Catholic, says Barrett’s faith is more central to her than for ordinary Catholics. Um, that’s an indictment of him, not her.

On Tuesday’s broadcast of CNN’s “Cuomo Primetime,” host Chris Cuomo stated that Supreme Court nominee Judge Amy Coney Barrett is “different than most Catholics. I think that her faith is, by design, more central to her value system and her behavior and thoughts than it would be for just an ordinary Catholic who doesn’t belong to People of Praise.”

Cuomo asked Senate Judiciary Committee member Sen. Mazie Hirono (D-HI) about whether Barrett’s faith is an issue for her.

I guess it all depends on what’s important to you.

But I would be glad to have any of those insults with me when I am judged.