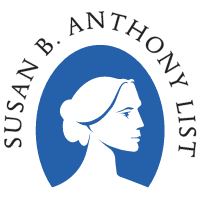 Buster Douglas knocked out Mike Tyson. The 1980 US Olympic team beat the Soviets. The Patriots lost to the NY Giants (twice). It happens.  Goliath sometimes ends up on the floor. It’s almost always shocking when it happens because pretty much every day of life is a lesson in watching the weak get beat down by the stronger and bigger and wealthier.

But it sometimes goes the other way. Sometimes the good guys win.

This week, the Susan B. Anthony List, a pro-life PAC, went up against Facebook. And let’s just say, Facebook ended up crawling on the floor looking for its mouthpiece and mumbling in confusion because they couldn’t pronounce the word “Dannenfelser.”

Don’t mess with the Susan B. Anthony List or its president Marjorie Dannenfelser. Many have tried before to silence them. They’ve lost. The SBA List will not be silenced.

In the 2010 election season, a Democrat, Steve Driehaus, was so incensed that the SBA List attempted to put up a billboard detailing his support for abortion. He had the state force the billboard company to pull it down. When he lost his election he completely lost his mind and actually sued the SBA List for telling the truth about his abortion position. This was meant to silence pro-lifers. This was meant to drag the group through the courts, bankrupt them, and leave them in the ashes of those who weren’t ready for bare knuckled 21st century politics.

But that’s not what happened. The SBA accepted the challenge. The SBA List lost in court and then lost again. And they marched Driehaus all the way to the U.S. Supreme Court where they won a unanimous ruling. Driehaus reportedly still wakes up mumbling the name “Dannenfelser.”

But this week, the Big Tech behemoth Facebook sought to silence the pro-life group. They had done this before. In 2018, they pulled some SBA List ads only to be forced by the pro-life organization to apologize.

But this time, Facebook came back with an ally.

With the help of The Dispatch, a faux conservative rag that is in existence only to attack President Trump, Facebook banned ads from the SBA List that pointed out the truth about Joe Biden and Kamala Harris’ death fetish.

The ads which exposed their support for late-term abortion was set to run in Pennsylvania and Wisconsin, two battleground states. But then The Dispatch, acting as Thug #1 for their evil overlords, declared the ad “partly false” so that Facebook could then shut it down.

That’s right, These partisan hacks shut down political ads that were completely true in the middle of October. These guys are just trying to run out the clock. They don’t want to allow any information to get out. They like where the polls are now. Don’t allow anything to change it -even the truth.

That’s why Big Tech is shutting down all the stories about Hunter Biden and that’s why they’re shutting down any factual information about Biden and Harris’s support of killing the unborn right up until the moment they get their first report card. (Not actually, but pretty darn close.)

Marjorie Dannenfelser said, “Big Tech and the media are teaming up to. run interefence for the Biden-Harris campaign on what is a losing issue for Democrats – their shameful support for abortion on demand through birth. This is the latest example of Facebook censoring political speech and is perfectly times to shut down SBA List’s vital digital communications as we work to reach eight million voters in key battlegrounds in the final days before Election Day.”

The Dispatch said it was false that Harris and Biden support late term abortion even though they both support no restrictions on abortion.

Say what?!!! There is. absolutely no wiggle room between those two statements. No linguistic loophole exists. You can’t say you don’t want any restrictions on abortion and then say you’re not for late term abortion. But the thing is Facebook doesn’t care about truth. This is about whatever it takes to defeat Trump.

Big Tech knows that if Trump wins he’s going to take a long hard look at them.

So the SBA List pushed back and the editors at the Dispatch changed their pants, shrieked, and hastily issued a statement claiming that they’d published the fact check in error. You see, they said, it was still in “draft form” and was accidentally published by the editorial staff.

Riiiiiiight. It took three days for them to realize that?

Don’t believe it for a second. The SBA List pushed back and The Federalist published a story detailing Facebook’s hypocrisy and only then did they discover that an error was made. Yeaaaaaah. That happened.

You’ve gotta admit it’s a pretty good scheme. The SBA List forced Facebook to bend their knee and apologize for banning their absolutely factual ads in 2018 so they brilliantly farmed out their shenanigans to a supposedly “right wing” organization so they could say that someone from the right side of the aisle declared it “false.” This partnership was the brainchild of brilliant hipsters in skinny jeans with the intent purpose of shutting pro-lifers the hell up. That was its only purpose.

How’d that work out for them?

“Facebook is “working to reinstate the ads,” spokesman Devon Kearns told National Review. “The initial rejection was as a result of the fact check which…has now been repealed.”

I’d like to see this continue. I’m not tired of winning yet. You?