We Have Turned Our Backs 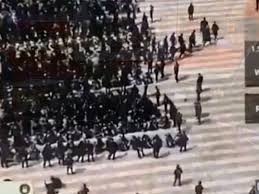 Think of that man hearing Joe Biden’s words about why he remains silent in the face of genocide and that it’s just “different norms.”

Now, imagine being a Chinese Catholic who risked her life to attend an underground Mass by a priest who hides for his life only to see the Vatican recognize the state Church and that very recognition being used to step up persecution of Catholics.

American companies like Disney, The NBA, and countless others pretend not to notice the genocide and mass imprisonment occurring because there’s mad cash available in China.

We have turned our backs on China in every possible way. Pray for them. Pray for us.