Women, You Can Compete. You Just Can’t Win. 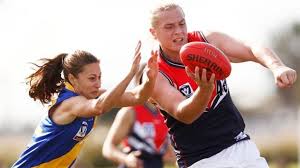 Hey guys, if I didn’t know any better thing kind of thing would make me think that elections really matter. So please continue telling me as a Catholic how you don’t like politics and you ignore it and that somehow makes you an extra precious above it all spiritual snowflake.

The Department of Education Office of Civil Rights (OCR) has signaled a that it is reversing the Trump Administration’s policy that did not permit transgender women to compete in women’s high school sports. AP reported yesterday that in a court filing in a Connecticut federal district court, OCR and the Justice Department withdrew their support for plaintiffs in a lawsuit that challenges Connecticut’s policy of allowing sports participation consistent with an athlete’s gender identity.

Reports go on to say things like “Those opposing Connecticut’s policy argue that transgender women who were born male have physical strength advantages in women’s sports.”

The OCR also sent a letter to several Connecticut school districts saying that it is withdrawing a letter giving notice of impending enforcement that was sent by the Trump Administration.

So girls all over the county, you can continue competing but your chances of actually winning just got a lot smaller.

My daughter played on a girl’s recreational team in our town. Some other team brought a boy to their game even though it was an all girl’s league. This boy at ten years old was dropping three pointers. He couldn’t be covered. One of the girls on the team asked the coach in all sincerity why he didn’t object to the fact that the other team had a boy playing on a girl’s team. He looked at her and honestly said, “Because I don’t want to be on the news.”

I overheard that from the bleachers and laughed. He looked up at me and smiled. I get it. The guy was a Dad, a business owner, a part of the community. The last thing he needed in life was to become a pariah. It would hurt his family and his business to be dragged through the news.

And that’s what “news” has become. It’s the left’s tool to shame people guilty of wrong think. Gone are the days of speaking truth to power. Now it’s lecturing the rubes. Instead of getting a story on Andrew Cuomo being a serial sexual harasser guilty of covering up the killing of thousands of elderly New Yorkers, we get news stories that some random dude in a supermarket refused to wear a mask. SHAME HIM!!! Or some regular woman was fired for saying in an email that that she thinks men aren’t actually women. SHAME HER!!!

We have to stop fearing their shaming and be courageous and stand for truth. Something must be worth fighting for eventually, right?

The second most insane part of this is the silence of the “feminists.”

So for all you people out there that think the Democrats are pro-women, they just acted to take away women’s sports. Seems that the LGBTQ agenda outweighs the feminist agenda. Sorry. Hey, you still have the right to tear your baby in your womb limb from limb so there’s that and maybe that’s all you really care about anyway.

The most insane part is our silence.