The Thing You Fear Most May be Your Redemption 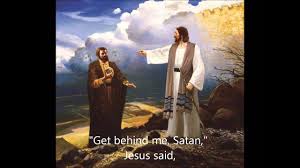 Think about the poor disciples. They’re walking through the desert with Jesus for weeks, months, and years. No orthopedic shoes. They didn’t know where their next meal was coming from. It’s not just not going well but remember they live in essentially a slave state where the Roman Empire rules over them with an iron fist. King Herod also despotically rules over them. They’re thinking Jesus is here to set them free in every possible way.

They’ve seen some stuff but the people don’t seem to be waking up to Jesus. They’ve had ups and downs. They gather some people and then Jesus drops the teaching about eating His flesh and people scatter once again.

But then He rides into town and people are waving palms and there’s a big crowd. They’re probably thinking we’ve finally turned a corner here. Things are going to get better from here on out. He’s going to set us free!!! Easy street baby!!!

And then what does Jesus do? He reminds them that He must suffer, be rejected, and killed.

Y’know, people sometimes think that it would be so much easier to believe in Jesus if they lived in Jesus’ times. But the Bible doesn’t teach that. We, at least, have the full story. Those poor guys were literally living on faith alone. I don’t know if you’ve noticed this but Jesus didn’t really explain himself clearly all that much. We have the benefit of knowing the full story. It’s a lot easier to go through Good Friday when we know Easter is coming on Sunday. These poor guys didn’t know that.

They suffered terribly and just when it looked like everything was about to get better and Jesus would lead them to better times and perhaps even a revolution, Jesus talks about the cross and dying.

Peter was always horrified by Jesus saying things like this. But Jesus rebuked him, saying, “Get behind me, Satan.” When the guards came for Jesus, Peter pulled his sword. He resisted this teaching to the last.

That’s what sin is. It’s veering from God’s path for you. It’s rejecting God’s will for you. God has a plan. Trust him. It may be difficult. It will be difficult. But it always has been the way.

The only way to Easter is through the Passion. It could be that the thing we fear most is our path to redemption. I know that many people right now fear that the great machinery of persecution has begun to churn. We feel it. We know it. We fear it. but it was always this way.

Through their persecution of us, they will be revealed. But here’s the thing. We will also be revealed. Do we endure? Do we stay faithful?

Future generations will look to see what we did here in these dark times. And perhaps if we stay faithful to the way set for us, souls may be saved.