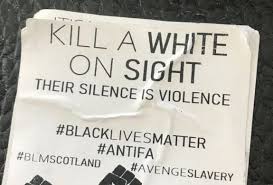 A race of people have historically done many wrong things. For this, they need to be punished. Society must act as a corrective by treating them as…less than others. Less than human.

Therefore, what is done to them isn’t that bad because it’s correcting a wrong.

Nazi eugenics are back. For a while after WWII, the eugenics craze had to go into hiding. The Nazis gave it a bad name. But don’t worry. It’s back.

A Boston hospital released a new “Antiracist Agenda For Medicine” plan that it says will promote “racial equity” in health care.

According to an article published in the Boston Review, the Brigham and Women’s Hospital will offer “preferential care based on race” in order to ensure “race-explicit interventions.”

“Offering preferential care based on race or ethnicity may elicit legal challenges from our system of colorblind law,” Harvard Medical School professors Bram Wispelwey and Michelle Morse wrote in the piece. “But given the ample current evidence that our health, judicial, and other systems already unfairly preference people who are white, we believe — following the ethical framework of Zack and others — that our approach is corrective and therefore mandated. We encourage other institutions to proceed confidently on behalf of equity and racial justice, with backing provided by recent White House executive orders.”

Their approach is “corrective.” So it’s like a solution. A final solution?

They’re using the terms equity and justice as if they mean the same thing here. They don’t. They don’t mean “equity” at all. They mean unequal treatment to even the score for all the wrongs done since the founding of this evil racist country.

We’re talking about health care access based on race. In America!!!

This is evil. This is racism. This must be resisted. This cancer of critical race theory is destroying us. It is turning us against one another. God help us all.