Will Biden HHS religious colleges out of existence? This case Might Just Do It 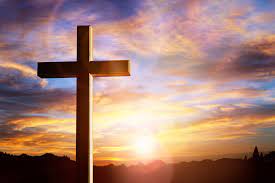 But with the left seeing religiosity as some kind of moral loophole that must be shut down, the question is whether Christian schools and colleges will fight to preserve their faith. Sadly, the vast majority will not. They’ll pretend to care and they’ll shrug but internally most of the administrators will cheer.

At the heart of this current battle is the question of gender.

The College of the Ozarks near Branson, Missouri is suing the Biden administration following a memo from the Department of Housing and Urban Development that declared it illegal to take gender identity into consideration in housing.

This obviously could come into conflict with the whole “God created them man and woman” thing.

The Christian college believe it directly conflicts with their faith-based policy of separate dorm buildings for women and men. By forcing the college to ignore this teaching, the government is saying that you can’t be a college while being Christian.

“It’s the government telling these institutions ‘you must house biological males in female dorm rooms,’” says Ryan Bangert, senior counsel at the Alliance Defending Freedom, which represents the college in the case. “That coercion, that demand, violates these institutions’ deeply held religious beliefs. It would force these institutions to fundamentally alter their character and their nature. “They would cease to exist as the types of religious institutions that they’re committed to being.”

Many Catholic and Christians schools and universities are waiting to see how this case shakes out. (Thank goodness for the Alliance Defending Freedom.)

The question, once again, comes down to whether you can be Christian and American. It’s getting increasingly difficult.

A hearing on the college’s request for a temporary restraining order and preliminary injunction against the feds is set for May 19.