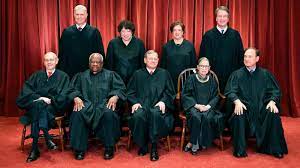 We will take the W.

In a surprising move, the U.S. Supreme Court unanimously (even Roberts!!!!) overturned a controversial lower court ruling that allowed the City of Philadelphia to ban Catholic Social Services from participating in the city’s foster care program, saying the city discriminated against the Catholic organization.

In the case Fulton vs. The City of Philadelphia, the high court said the city violated the organization’s First Amendment rights.

Fulton is clearly one of the most important religious liberty cases in recent times in that it concerns the right of a religious organization, in this case a Catholic foster care agency, not to be forced to violate deeply held religious beliefs by certifying civilly married same-sex couples as foster parents.

The agency pointed out that this had never happened before but suggested that they would refer any same-sex married couple interested in fostering to other agencies in the city.

The city, however, declared that discrimination and ceased referring children to the Catholic foster agency later refused to renew the agency’s contract, ending a decades-old partnership.

This is a big deal. The unanimous thing is most surprising. I wonder if this unanimity is a reaction to the left’s constant threat to pack the court. Maybe. Maybe not.

Or maybe this was such blatant discrimination against a Catholic organization that even the liberal justices like Sonia Sotomayor had to agree. Probably not, right?