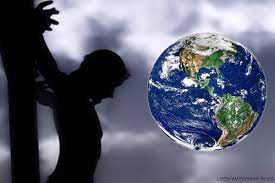 Look, I get it. They’re caught between a rock and a hard place here. This independent Augustinian school in the wealthy suburbs of Philadelphia is being asked to comment on a major national news story about the first current NFL player coming out as gay. Carl Nassib, being a former student at Malvern Prep, they were asked to comment.

They’re kind of stuck between the fact that Catholic teaching clearly says homosexual acts are a sin and every national news organization wanting a comment on their suddenly most famous alum.

What to do? Christ or ESPN?

So what do they do? They try to thread the needle.

“As a school community we’ve always been proud to have him as an alumnus,” said Malvern Prep spokesperson Allison Hall, “not only because of his athletic talent, but because he’s also just a wonderful human being. Today more than ever, we support Carl and stand with him.”

I don’t blame the school here. I mean I do. But the problem is so much larger than this one school. On one hand, Malvern Prep should in no way come out publicly and cite biblical verses at him over national television. Nor do I believe they wanted to. The school should be proud of Carl Nassib. From all accounts he’s incredibly hard working and dedicated.

But when there’s the sentiment of being proud of him and “standing with him” you’re threading the needle a bit and you’re trying to appease some while not jumping in with both feet.

You know who else was pretty awesome? Jesus. Yeah.

At some point threading the needle just becomes lukewarm. Once again, I’m not just talking about this school. It’s what so many Catholics do. We try to thread the needle because we know it will piss off a lot of people if we actually say what the Church teaches about homosexual acts. There may be scary real world ramifications.

But in the end, we shouldn’t be so worried about the world and be more focused on Christ and His Church’s teachings.

When choosing between ESPN and Christ, this shouldn’t be that hard.

Update: This is sorta’ funny.

Yesterday Carl Nassib was a Twitter hero for coming out as a gay NFL player. Today Twitter is terrified he’s a Republican who voted for Trump. Check out the search terms autofill when you type in his name on Twitter. I have no idea what Nassib’s politics are, but this is perfect. pic.twitter.com/COWU67VJzz