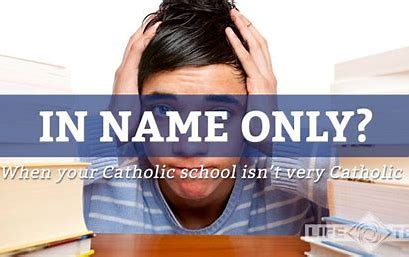 Archbishop Dennis M. Schnurr has not been contacted by any involved party about the upcoming visit of President Joseph R. Biden to Cincinnati to participate in a CNN town hall meeting at Mount St. Joseph University. Archbishop Schnurr has therefore not been asked for, nor would he have granted, his approval for any such event to occur on Catholic premises. Mount St. Joseph University operates under the sponsorship of the Sisters of Charity and not under the direct oversight of the Archdiocese of Cincinnati.

That’s good news but there are other steps that could be taken. The Archbishop could explain to the wayward “Catholic” college that if they persist in allowing pro-abortion politicians to use their campus as a way of confusing Catholics, then the archbishop will remove the term “Catholic” from the college.

The college doesn’t actually care about Catholicism but I’d bet when they advertise with Catholic parents they show images of crucifixes and pictures of smiling old nuns with young smiling students and the parents are fooled into thinking they’re paying for a Catholic education.